More economically disadvantaged students will have the opportunity to pursue a degree in nursing at Winston-Salem State University (WSSU) thanks to a $4.2 million grant from the U.S. Department of Health and Human Services Heath Resources and Services Administration (HRSA).

HRSA’s Scholarships for Disadvantaged Students (SDS) program provided the grants, which will fund scholarships for nursing students over the next four years.

“These scholarships provide opportunities for deserving students who may not otherwise be able to afford nursing school,” said Cecil Holland, associate professor of nursing and assistant dean for admission, student affairs, and program effectiveness for WSSU’s School of Health Sciences (SOHS).

Professor Lenora Campbell, associate dean of SOHS, was instrumental in obtaining the grant, which she says is designed to help improve the diversity of the health workforce. 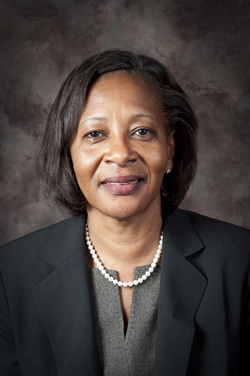 “The scholarships help to achieve the HRSA goal strengthening the health workforce by increasing the diversity and distribution of the health workforce and the ability of providers to serve underserved populations and areas,” she said. “We are thrilled that WSSU was selected to receive this grant.”

WSSU’s nursing program is consistently ranked among the best in the region. In 2015, Nurse Journal ranked it in the Top 10 in the East and Best Nursing Colleges ranked it the No. 1 public university nursing program in North Carolina. HBCU Colleges has named the program No. 1 among historically Black universities in the nation.

Through the program, minority-nursing students at WSSU can seamlessly transition from WSSU’s MSN program to Duke’s Ph.D. in Nursing program.