Red Sea of Sound performs at Honda Battle of the Bands 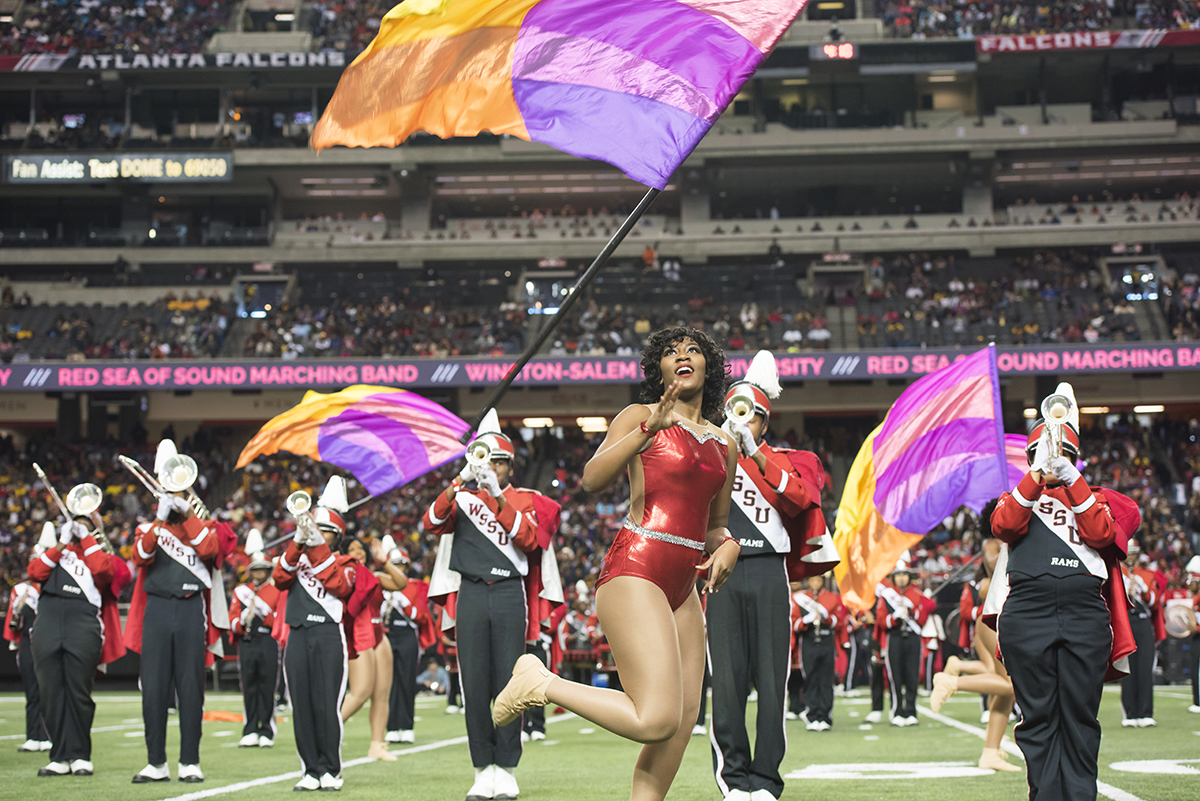 The Red Sea of Sound performs during the 15th annual Honda Battle of the Bands.

WSSU was one of eight universities invited to the event, which spotlights the premier marching bands from Historically Black College and Universities (HBCUs). This was the band’s sixth appearance in the event.

About 55,000 people attended the showcase, which was held at the Georgia Dome for the last time. RSOS performed mid-way through the three-hour showcase.

The band is directed by Dr. Michael Magruder.

As part of its selection, WSSU’s music program received a $20,000 grant from Honda. More photos from the event are available on WSSU’s Flickr page.