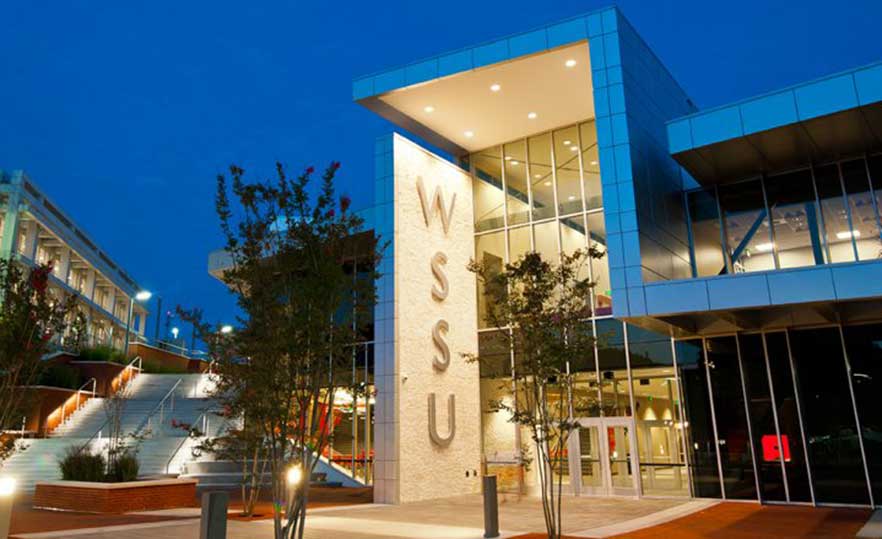 The building, which opened in 2013, was awarded the ACUI’s Facility Design Award of Excellence during the Architecture and Design Showcase on Tuesday, March 21, at the 2017 ACUI Annual Conference in Philadelphia.

Applicants and awards are divided into categories: four categories based on budget for college unions, and one category for other student life facilities. Projects are judged on 11 criteria by a jury of peers in the architecture and higher education industries.

“The site for the DJR Student Activities Center at WSSU had several opportunities, but what turned the opportunities into successes was the constant, open collaboration of the design team and the university for the best solution,” said Dana Ford, Market Director at Moody Nolan.

Now in its 13th year, the Facility Design Award of Excellence recognizes outstanding renovation and construction project collaborations between architecture firms and college staff and students.