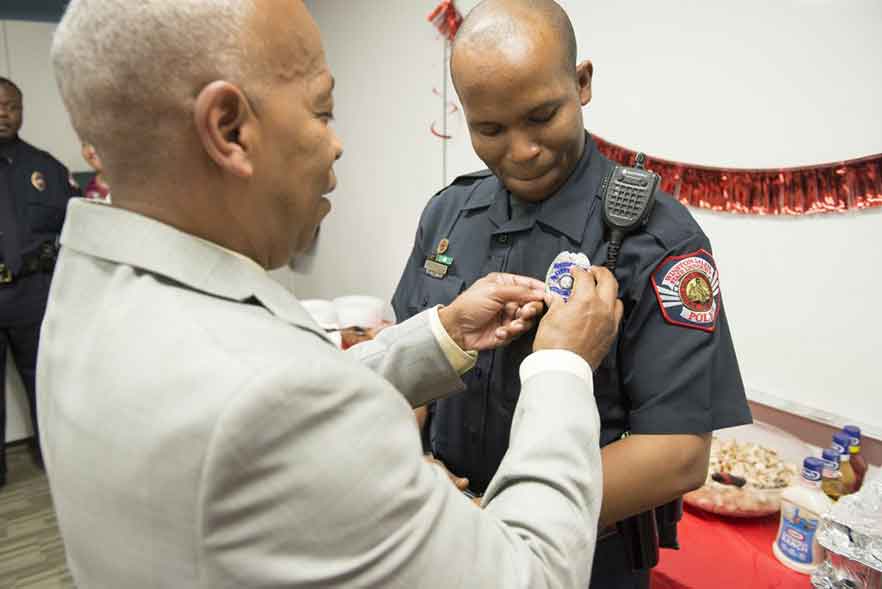 Winston-Salem State University Police and Public Safety celebrated the promotion of three officers at a ceremony on Monday, April 17.

More photos from the celebration are available on WSSU’s Flickr page.