The donation, through the sorority’s scholarship and Think HBCU programs, will benefit students majoring in education or mass communications.

Phillips served as an international president of the sorority. She and her sister, Constance Holland, established the sorority’s Educational Advancement Foundation. Burch passed away in 2006. 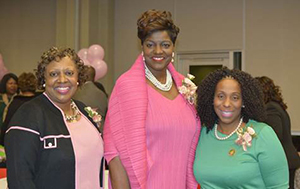