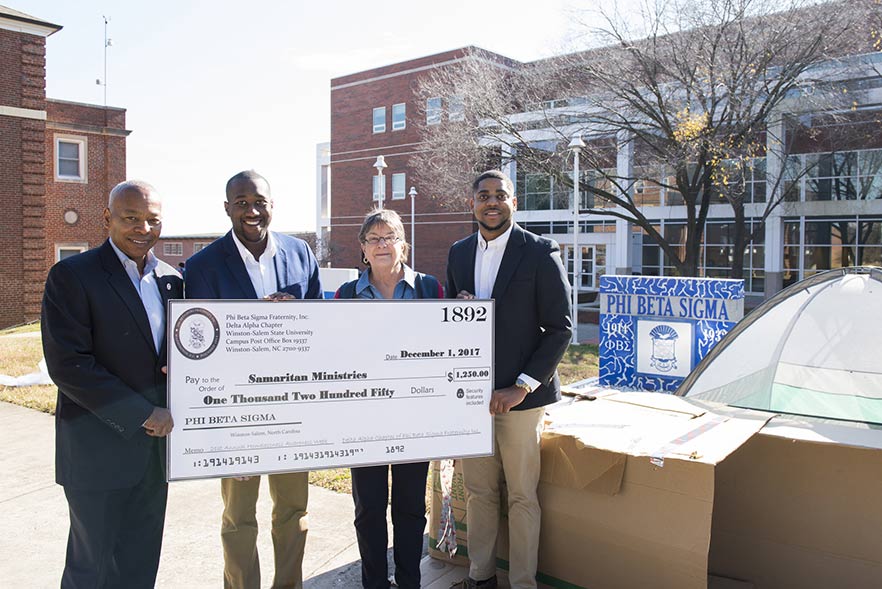 This year’s awareness week, held Nov. 13-17, resulted in more than $1,200 collected for the Samaritan Ministries, 15 boxes of clothing donated to the Winston-Salem Rescue Mission, over 850 pounds of non-perishable food items for the Second Harvest Food Bank of Northwest NC, and over 800 school supplies for Project HOPE.

“The week was phenomenal,” said Lamont Allen, a senior business administration major and president of the fraternity. “Every year, we reach new heights and expectations. It’s a great feeling to know that families are being fed, they have fresh clothes on their backs, and children have new supplies for their academics because of our help.”

More than 300 WSSU students participated in Homeless Awareness Week. Sleep-Out for the Homeless, where students braved the elements to raise awareness of homelessness by spending the night outside, concluded the week.

“We are already very excited to see what new heights next year’s Homeless Awareness Week will bring,” Allen said.