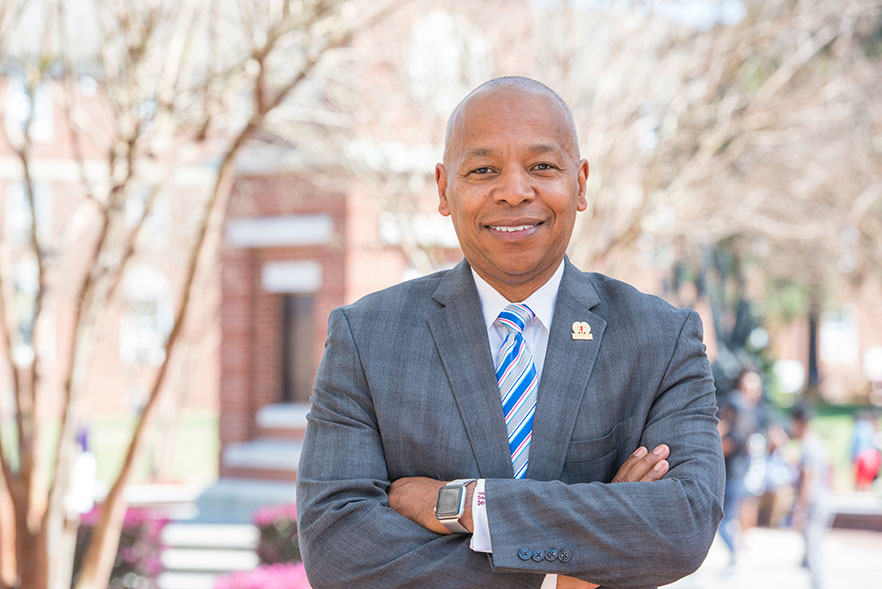 Winston-Salem State University Chancellor Elwood L. Robinson has been named an Outstanding Alumnus by Pennsylvania State University’s Department of Psychology. The honoring committee called out Robinson’s distinguished career as a teacher, researcher, and administrator, noting that his “research on the psychosocial and behavioral aspects of disease and illness in African Americans and … leadership of Winston-Salem State University” were particularly noteworthy. Robinson earned his Ph.D. in clinical psychology from Penn State in 1986.

“I am so humbled by this recognition,” said Robinson. “The Penn State Department of Psychology has cultivated so many talented psychologists. It is truly an honor to receive this acknowledgement.”

Robinson joined the faculty at NCCU in 1984. In 1993, he was named Director of the Minority Access to Research Careers (MARC) Program, which provides research-training opportunities for students and faculty from minority groups underrepresented in the biomedical sciences. From 1993 to 1996, Robinson also served as chair of NCCU’s Psychology Department. In 2006, Robinson was named founding dean of the NCCU College of Behavioral and Social Sciences. He remained in the post until he left North Carolina for the role of provost and vice president of Cambridge College in 2012.

Robinson is currently the 13th Chancellor of Winston-Salem State University – a position he has held since Jan. 1, 2015. As the chief executive officer of WSSU, Robinson has overseen the development of an ambitious strategic plan that sets a course for the university to be recognized as a leader in educating students who thrive in a dynamic society.

Robinson’s many accomplishments since completing his education include:

Active in professional and civic organizations, Robinson has received numerous awards and honors over the course of his career. A former National Institutes of Health Fellow, he has received the Sigma Xi Award (1995), the Omega Psi Phi Founder’s Award (2007), an Image Award from the National Association for the Advancement of Colored People (2003), and the Order of the Long Leaf Pine (2012). He has served on the boards of the YMCA of the Greater Triangle, the Center for Child and Family Health, and the Uplift Foundation, and has served as a delegate for the People to People Citizen Ambassador Program to China, Egypt and South Africa.