To Rams, with Love: Couples who met at WSSU

Winston-Salem State University (WSSU), with a rich 125-year history and thousands of alumni, has more than a few love stories.

It all started in 1956 when William Harris’ cousin suggested he meet this “cute” girl from Spray, North Carolina. Harris ‘58, an elementary education major, adhered to his cousin’s advice and introduced himself to Clara Estelle Hampton ‘60, a nursing major. The Harrises will celebrate their 58th wedding anniversary on June 4. Some of their best memories include ringing in the 1960s together in Times Square, while Clara Harris completed her affiliations in obstetrics in New York City. The Harrises have two children and give WSSU credit for many of their accomplishments. They also continue to give back to their alma mater. In 2010, they established the William U. and Estelle Harris Endowed Scholarship. In 2016, William Harris was elected chair of WSSU’s Board of Trustees. 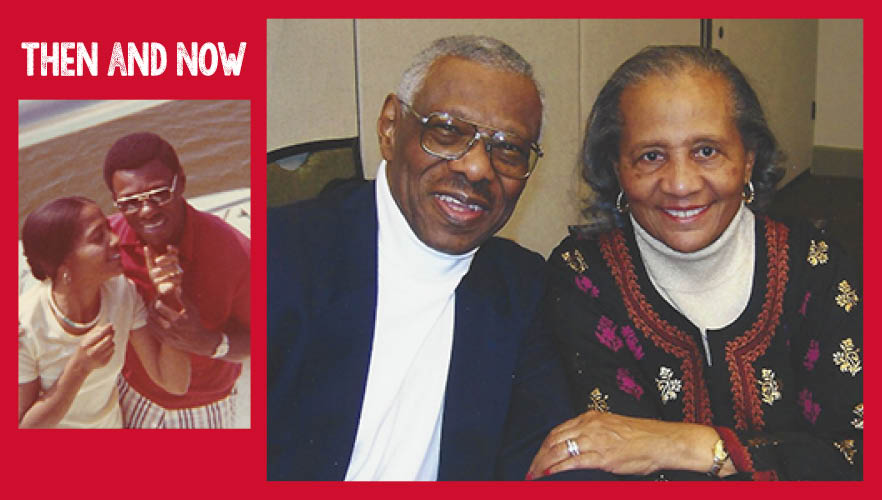 Linwood ‘73 and Claudia Hayes ‘74 met outside of Atkins Hall, the freshman female residence hall, in the fall of 1970. They married four years later. Some of their best memories at WSSU include classes together and late-night study sessions. They also continue to enjoy WSSU athletic events, such as WSSU homecomings and the CIAA Tournament. Their 43-year union has produced two sons: Linwood Jr. ’01, an employee of WSSU; and Jonathan, now deceased. Linwood Skinner Sr. retired in 2008 from Tandy Corp., and Claudia Skinner retired in 2009 from the North Carolina Department of Public Instruction. 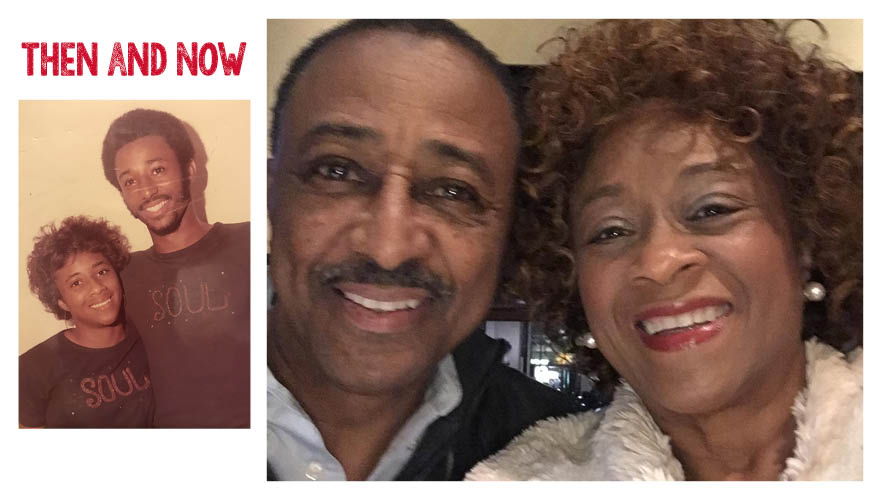 Reginald ‘85 and Aimee McCaskill ‘83 met in 1980 while members of the WSSU choir. One of the couple’s best memories is of the “surprise” birthday party for Reginald McCaskill in Dillard Hall in 1983. At his birthday party, he surprised his future wife with a ring to accompany his previous marriage proposal. Aimee McCaskill recalls the room erupting with cheers as her soulmate proposed for a second time, this time with a ring. They were married in July 1985. The couple has one son, Christian, and have been married 32 years. The McCaskills are active in their community and with WSSU. Reginald McCaskill was named WSSU’s “Mr. Alumni 2017.” 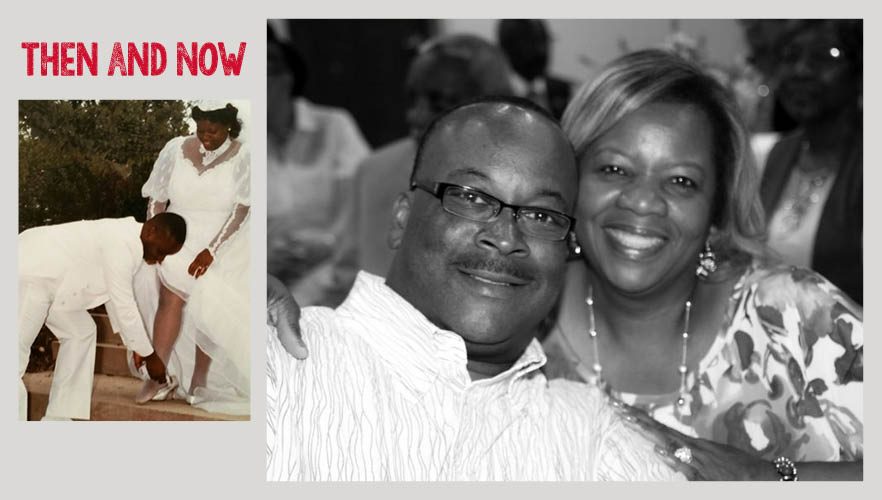 Keith Penn '96 recalls being introduced to his future wife sometime in 1996, but it wasn’t until a year later, while hanging out on the Greek plots on campus, that he realized how attractive he found her. After a long phone conversation, they decided to go on a friendly date. Keith Penn says he can still remember the outfit his future wife wore that night. He proposed on Valentine’s Day 2001. The Penns have been married 16 years and have three children: Kahlia, Kaleb and Kyler. Keith Penn works as a university program specialist with the Mathematics and Science Education Network Department at WSSU. Shakela Penn '00 is a registered nurse at WSSU’s Wellness Center. 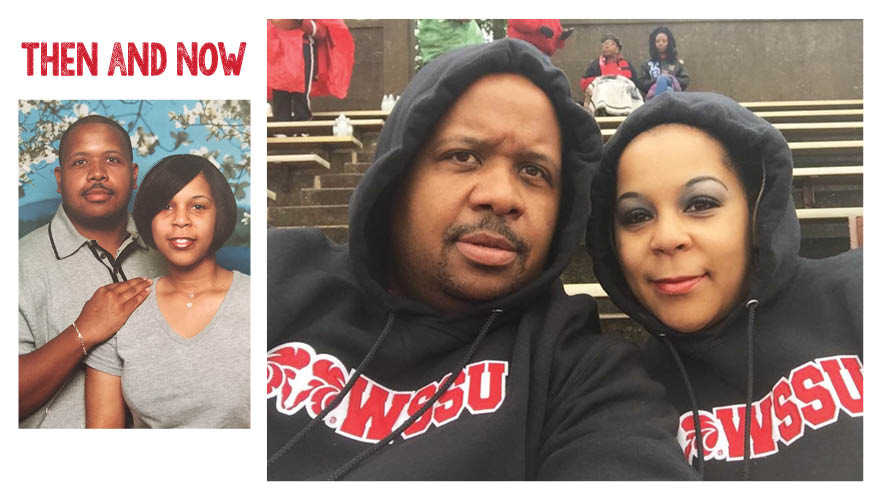 Donnie ‘00 and Deanna Cureton ‘00 met in Dr. Shirley Manigault’s British literature class in 1998. Donnie Cureton was a political science major and Deanna Cureton an English major. They both minored in each other’s major. Some of the couple’s best memories include writing notes together in class, dancing together at gym jams, pulling all-night study sessions, and the snowball fights outside Wilson Hall. They have a 5-year-old daughter, who is the perfect blend of them, and a “Ram in training.” Deanna Cureton is an English teacher with Charlotte-Mecklenburg Schools (CMS), and the 2017-18 CMS Teacher of the Year. Donnie Cureton is a district court judge in Mecklenburg County. 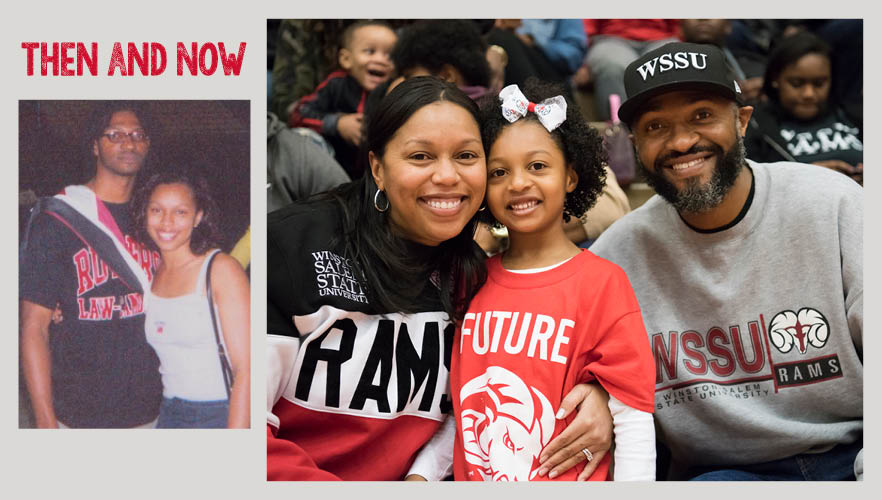 Jessica James ’10 was a member of the WSSU Honor’s College High School Assessment Program (HSAP). She met Brian Jones ‘08 the summer before her freshman year at WSSU at a party in Wilson Hall for HSAP members. One of Jessica Jones’ favorite memories is performing a dance routine she choreographed with her future husband during an Association of Rhythmic Talent (A.R.T.) show in Kenneth R. Williams Auditorium. After dating for seven years, they married in May 2013. They welcomed their first child, Dallas, in March 2017. Brian Jones is a healthcare administrator with UNC Hospitals, and Jessica Jones is a travel specialist for Snyder’s Lance Inc. 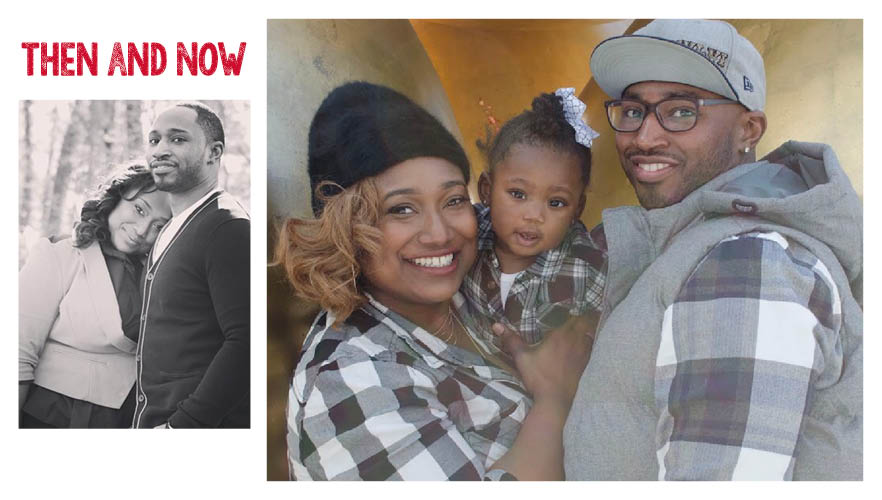 Noah ‘17 and Sonne Williamson ‘19, one of WSSU’s newest and youngest couples, met in fall 2013. Sonne Sonkesak contemplated not attending college because she wasn’t sure about her major, but after being accepted to WSSU her senior year of high school, she decided the go for it. A mutual friend introduced her to Noah Williamson in the Ram Shack her freshman year, and the rest is history. Noah Williamson graduated with a degree in justice studies in May 2017, and the couple married in December. Sonne Williamson is a nursing student on track to graduate December 2019. 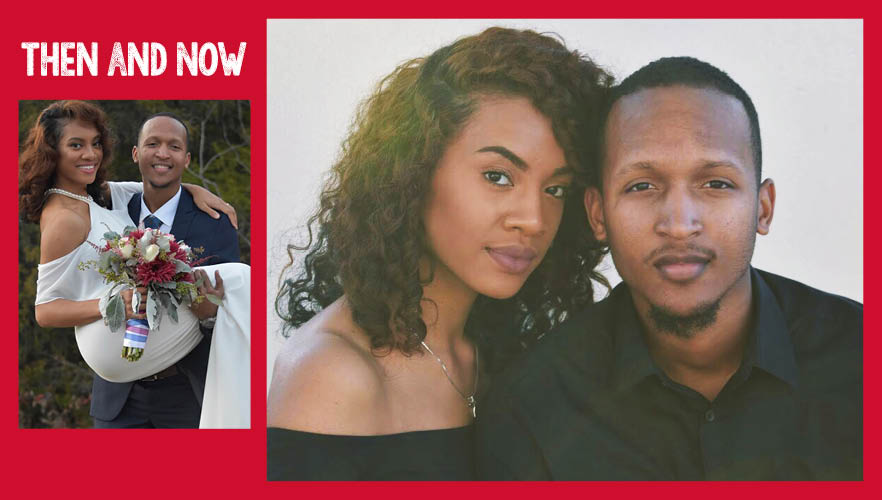