Brown earned a bachelor’s degree in English and communications from ECU. He also holds a juris doctorate from the University of North Carolina School of Law, and a Master of Business Administration (MBA) from WSSU. Brown was named WSSU’s chief legal counsel in 2017. Prior to that, he served as WSSU’s assistant legal counsel from 2006-16.

He will be recognized at a banquet at ECU on March 24.

In addition to his other duties, he was responsible for leading a team of legal professionals in reviewing the university’s policies and updating and streamlining departmental procedures. Additionally, he and his team created Winston-Salem Elite Lawyers in Training (W.E. LIT), an internship program for WSSU students interested in pursuing a career in law. 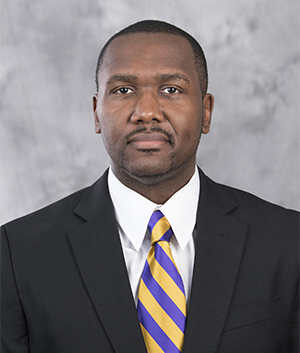