By Kayla Evans '18 for WSSU News 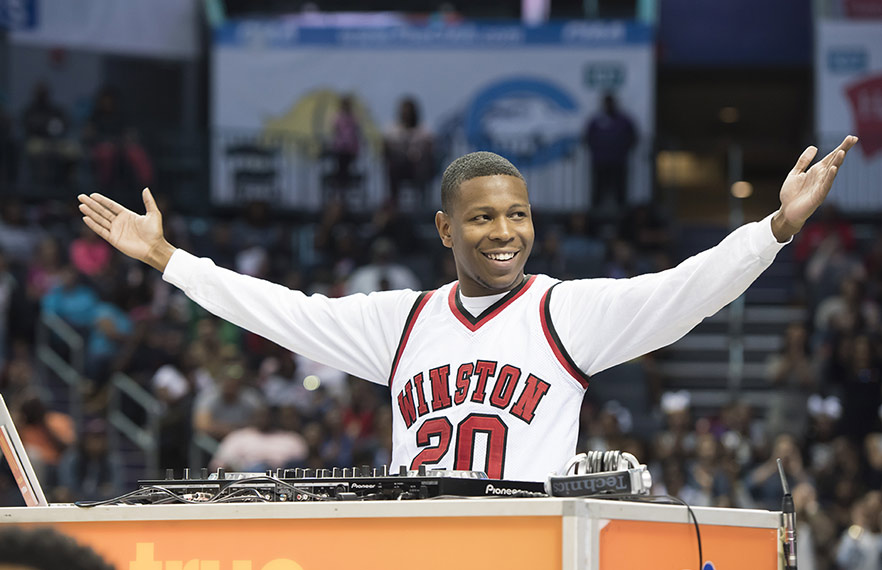 WSSU graduate DJ Trellz, one of a long line of successful DJs

It was as a freshman at Winston-Salem State University (WSSU) that Montrell Davis ’15 first thought about DJ’ing.

Today, Davis, known as DJ Trellz, is popular at clubs around the Triad and the go-to DJ for events on WSSU’s campus. In 2017, he was named “CIAA DJ of the Year” and also appeared, wearing a throwback Stephen A. Smith ’91 jersey, in a video that aired on ESPN’s “First Take.”

“It all started when I met Luke Nasty as a freshman at Brown Hall,” says Trellz, who grew up in Whitsett, a small town between Greensboro and Burlington.

This was a few years before Luke Nasty – birth name Leterrance Davis  –  broke into the Billboard 200. Then, Luke Nasty was a campus DJ and a WSSU mass communications student, part of a line of campus DJs who have gone on to success after departing WSSU, including DJ Diesel, now at 102 Jamz, and DJ Cuttz, who is based in Charlotte.

Trellz, a graduate of Eastern Guilford High School, says the education he received while pursuing a bachelor’s in marketing from WSSU is helping him now as he grows his career as a DJ.

For advice to students who are trying be the next campus DJ, Trellz says, “You have to stay consistent, and you have to stay motivated because it’s easy to get stagnant and comfortable.”

Trellz, who goes by “Every Girls Favorite,” says his favorite thing about WSSU is the culture and family environment.

“Everyone here looks out for one another and cares about one another.”

Trellz says he uses his music to connect with college students by finding out what type of energy the campus brings.

“There is a lot of R&B and old school music from the ‘80s and ‘90s on my personal playlist,” he says. “A lot of newer records incorporate the older music, so if you know the original record, then maybe the newer record that comes out in 2018 may help you remember why they made the original.”

While a student at WSSU, Trellz’ son Aidan was born.

He says being a father motivated him to finish college.

“If I didn’t have Aidan, I don’t know where I would be right now. Aidan keeps me going, Aidan keeps me hungry, Aidan keeps me motivated. So whenever I did graduate, I wanted it to be a platform for him, to let him know that he can do anything in life and education matters.”

Having a child in college is not always a bad thing, Trellz says.

“Sometimes God puts that in your life to set you back on track,” he says.

MORE: Meet the next DJ's at WSSU.