Cynthia S. Bell, associate professor and chair of the occupational therapy program at Winston-Salem State University (WSSU), has been named a recipient of the 2018 Board of Governors Award for Excellence in Teaching.

Bell will receive a commemorative bronze medallion and a $12,500 cash prize. The award will be presented by a Board of Governors member during WSSU’s 2018 Commencement on May 18.

“I am extremely humbled to have been named a recipient of this prestigious award,” Bell says. “I am grateful for the opportunity to engage with students, both in and out of the classroom. This award is a reminder that the important work we do on the 17 constituent campuses of the UNC system does not go unnoticed.”

Bell began working with students as the clinical coordinator for occupational therapy students at Moses Cone Hospital. She began at WSSU in 1998 as an assistant professor and academic fieldwork coordinator. In January, she became chair for the Master of Science in Occupational Therapy Program (MSOT), the only master’s-level OT program in the Triad.

Bell says as a teacher, she focuses on making sure each student feels comfortable and is willing to actively participate in her classroom. She also gets to know each student as an individual, creating a class community even before the students arrive on campus.

One way she does this is through an assignment that begins prior to the new student orientation, when she asks students to bring three items that represent who he or she is as an occupational being. These items are shared with the entire group and faculty and second year students have also participated. It really creates a sense of family from the start.

In 2017, Bell received national recognition for launching a training certification to help OT students better care for those with dementia. Since the program launched, nearly 100 OT students and faculty have completed the training and many opt to take an exam to receive Dementia Care Specialist certification.

Bell is an active member of the American Occupational Therapy Association (AOTA) and served on the national AOTA Volunteer Leadership Development Committee from 2014-17 and has been the North Carolina representative to the AOTA Representative Assembly. She has also served in a variety of capacities with the North Carolina Occupational Therapy Association (NCOTA) board.

More information about all 17 award recipients, including biographies and photos, are available on the UNC System website. 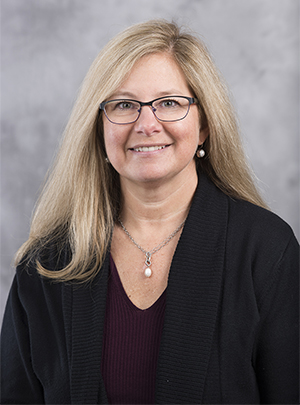