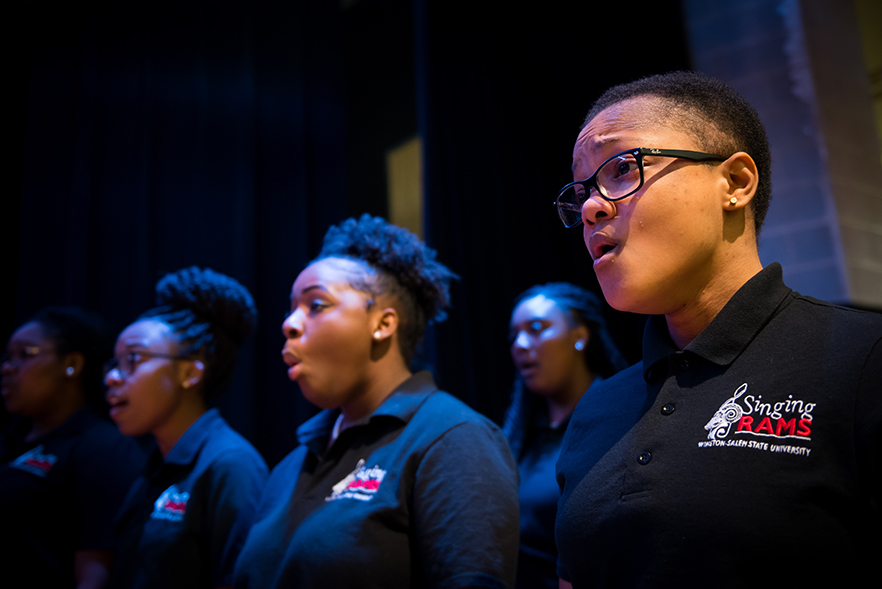 Jessica Johnson, a senior from Greensboro, is a member of WSSU's Choir. After graduating, the psychology major plans to become a police officer.

As a child, it was music that helped Winston-Salem State University (WSSU) senior Jessica Johnson find her strength.

Until the fourth grade, Johnson, known as J.J. to her friends, struggled because of a hearing impairment. Johnson can only hear in one ear, and doctors determined hearing loss caused her to develop a speech impediment. For much of her childhood, she barely spoke.

“My childhood was very isolating and secluding,” she explains. “It was hard for me to communicate. Being involved in my elementary school chorus and church’s children’s choir helped me get past my speech impediment, along with my teachers.”

It was during this time that she saw a counselor.

“I didn’t like going to counseling as a kid, but later in life, I began to respect the field of psychology,” Johnson says.

That’s the reason Johnson, who grew up in Greensboro, chose psychology as a major at WSSU.

“I’m a big advocate of mental health awareness," she says. "It’s as simple as knowing what’s out there and knowing how to get healthy.”

Johnson is from a family of musicians. She began singing with her father, who is the lead singer of The Gospel Stars of Greensboro, in the seventh grade.

She says her hearing disability doesn't affect her as a college student, with one exception. Because she hears only out of her right ear, as she sings alto 2, she makes sure she’s positioned on the left side of the University Choir.

Johnson transferred to WSSU as a sophomore from Bluefield College and has been a member of the choir and the Burke Singers, WSSU's female vocal ensemble, for three consecutive years.

As a member of the Singing Rams female vocal group the Burke Singers, Johnson has performed on some of the biggest stages in the country, even Carnegie Hall.

She says one of her best memories at WSSU is meeting acclaimed spiritual arranger Stacy V. Gibbs.

“I met the composer of the music I’m singing," she says.

Johnson keeps busy on campus. In addition to performing as a Singing Ram, she has completed research on spirituality in the African American church under Dr. Naomi Hall-Byers, co-chair of the Department of Psychological Sciences. She also works part time in the library to help pay for expenses and is a member of  the Tau Sigma Honors Society.

In January, she was being selected for WSSU's "Building the Dream Award, which recognizes a student who exemplifies Dr. Martin Luther King Jr.'s qualities and promotes diversity within the community.

After graduating in May, she says music will continue to be part of her life. However, she has another calling: to become a police officer. She also would like to pursue a master's degree in psychology.

She says she hopes her story can help inspire others who face obstacles.

"Everything happens for a reason," she explains. "Your story is a testimony for someone."

Her advice for students: “Surround yourself with people who have the same goals as you and will push you even when you stop pushing yourself.”

VIDEO: Jessica Johnson talks about her experiences at WSSU.

Note: This is one of a series of articles highlighting WSSU's Class of 2018. 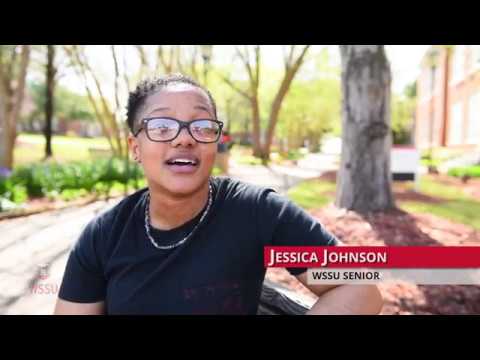