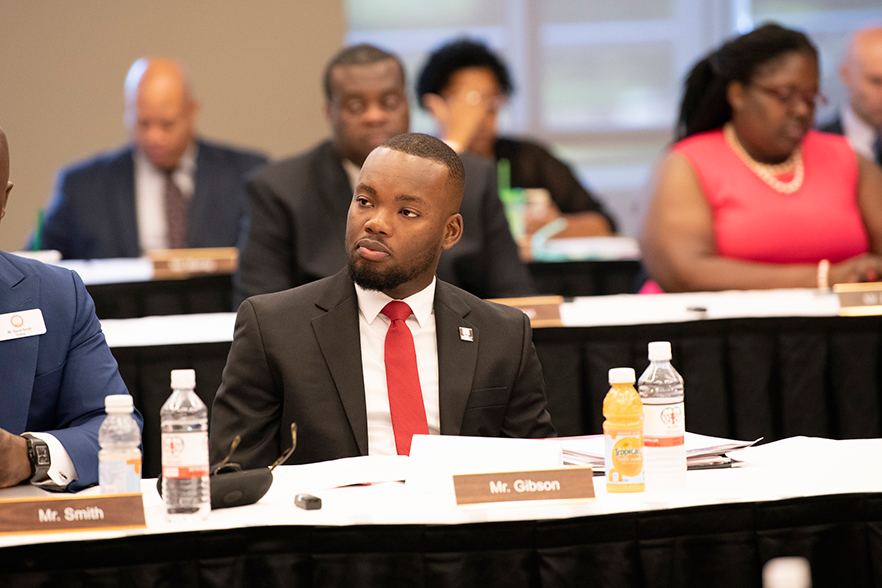 William Gibson, 2018-19 Student Government Association president, listens to a presentation during the June 8 Board of Trustees meeting.

Winston-Salem State University’s (WSSU) Board of Trustees (BOT) officially welcomed its newest member on Friday, June 8, as William Gibson, 2018-19 president-elect of the Student Government Association, took the oath of office.

Gibson, a junior political science major from Charlotte, was elected SGA president during the spring semester, a position that also entails serving as the ex-officio member of the BOT. He will serve on the BOT for the 2018-19 academic year.

A graduate of Rocky River High School in Mint Hill, Gibson served last year as sophomore class president and was one of 62 students nationwide selected to the 2017-18 class of White House HBCU All-Stars [link to previous article].

“SGA is more than an acronym and more than an organization. The Student Government Association exists to amplify the student voice by providing service to our communities through initiatives and partnerships; governance through representation on campus boards; committees; adopting legislation that enhances the quality of student life; and advocacy on behalf of students from all walks of life,” Gibson says.

He says his administration is working on a strategic plan that fulfills their commitment to remain “transparent and accountable to every student, the university and to supporters and friends.”

“It is my hope that as they turn each page, their level of confidence in SGA’s ability to represent them and their needs will increase. I can assure them, as we navigate the climate, that their opportunities will increase. Join SGA in navigating the climate, as we aspire to become America’s next nationally recognized institution. You have a voice, and it matters!” 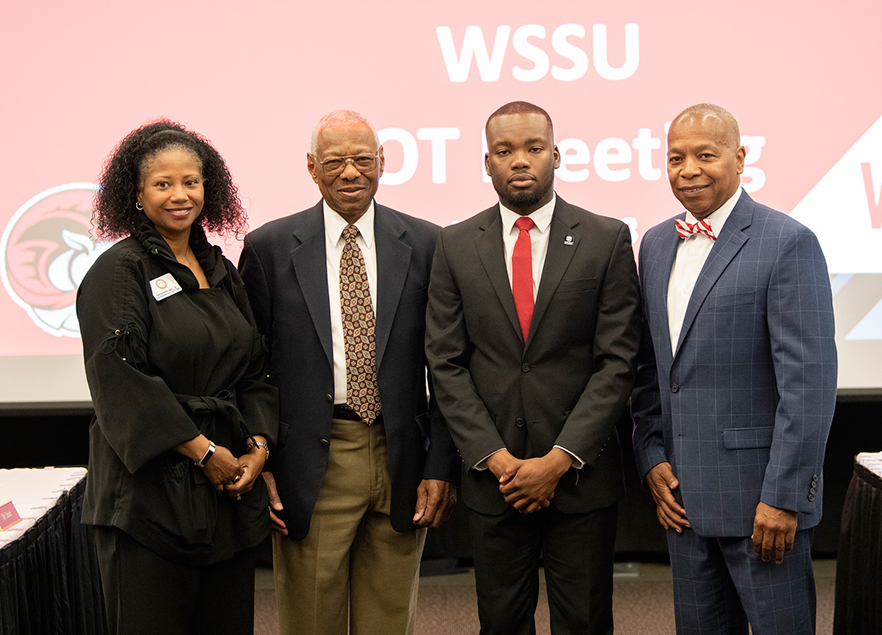