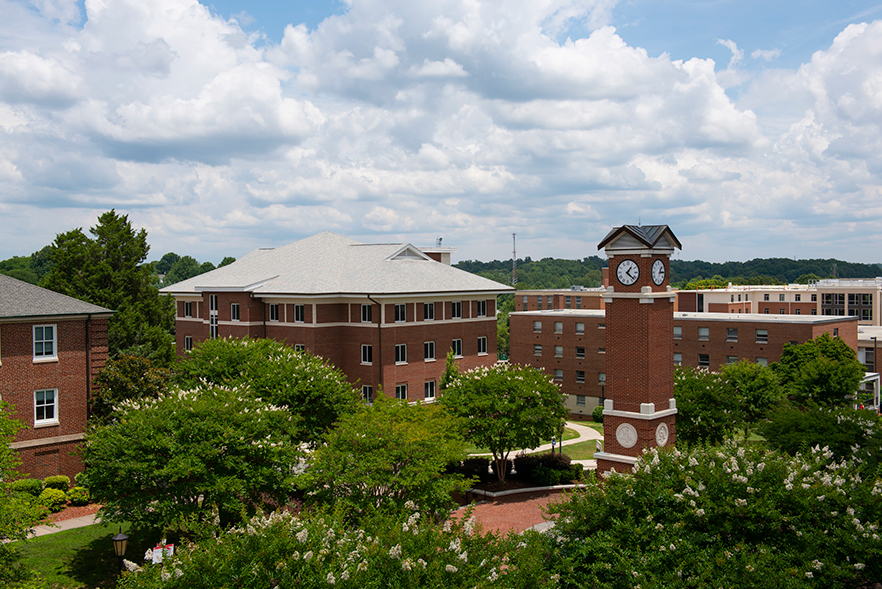 The campus of Winston-Salem State University.

A new study estimates that Winston-Salem State University (WSSU) has an annual economic impact of more than $420 million in the Piedmont Triad and generates 8,389 jobs.

WSSU Economics Professor Zagros Madjd-Sadjadi, who conducted the study, said the vast majority of the impact – $242.5 million – is from the more than 10,000 university alumni who live and work in the Triad.

"Winston-Salem State plays an important role in shaping the future of the region, and is one of the most important economic engines in the area," Madjd-Sadjadi said. "The university provides a vital pipeline of economic opportunity, especially for its traditional constituency."

He said the biggest factor for this increase is the increasing number of WSSU graduates. Since August 2010, WSSU has awarded nearly 11,000 undergraduate degrees. Another factor Madjd-Sadjadi found is the number of jobs the university creates on and off campus.

A key takeaway from the study, he said, is that spending money on education is a wise investment.

"WSSU is creating taxpayers out of individuals who may otherwise find themselves on the receiving end of government largesse," Madjd-Sadjadi said. "We estimate that without WSSU, about two-thirds of alumni would either have not earned a bachelor’s degree or would have moved to another area."

The study also looked hypothetically at what the region would look like without Winston-Salem's largest public university. The region's unemployment rate would be 1 percentage point higher (5.5 percent vs. 4.5 percent) and per capita income would be reduced $350, the study found.

Madjd-Sadjadi said there are other factors that were not included in the study, such as the enhanced quality of life a public university generates.

This is one of two recent studies that look at WSSU's economic impact. A 2017 student from the United Negro College Fund (UNCF) estimated WSSU’s 1,530 graduates in 2014 will generate total lifetime earnings of $4 billion over their lifetimes.

Thirteen WSSU undergraduate students assisted with the study through a class project, and first presented the research during Scholarship Day on April 12.

Alexis Lassiter, a senior economics major from Charlotte and graduate of Harding High School, said the project helped her look at economics in a different light.

"I’ve found a niche for research in economics, and how it ties into your everyday decision making," Lassiter said. "People often times overlook the simplest economic concepts of life, and once you’ve mastered those, everything else in economics will become clear."

Madjd-Sadjadi said he plans to add this as an annual project for his students. 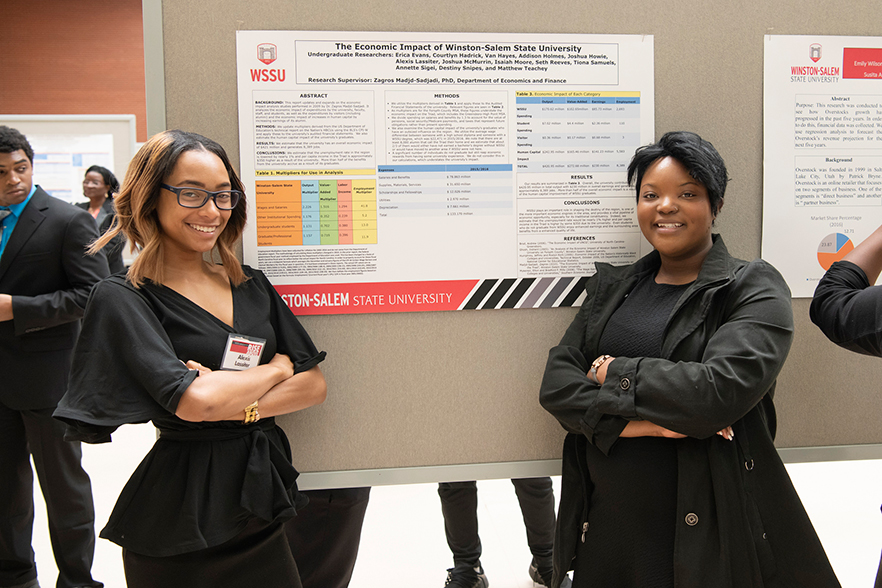