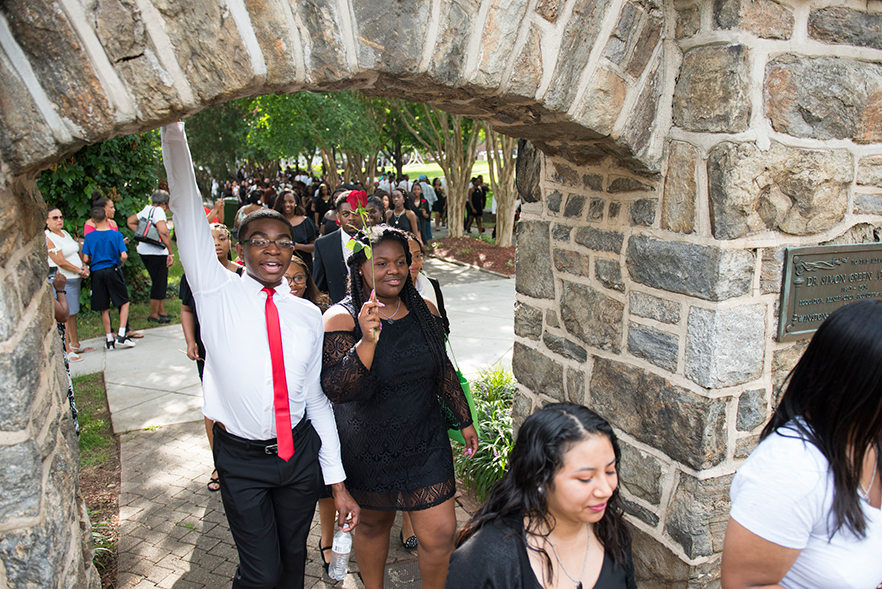 A highlight of Ramdition is Through the Archway, where first-time students walk through the university’s historic arches, symbolizing their transition from “lambs to Rams.” (WSSU file photo, August 2017)

The anticipation is building as Winston-Salem State University (WSSU) prepares to welcome nearly 950 freshmen for Ramdition, a weeklong orientation.

Here’s what to expect.

Nearly 300 freshmen will make history on Friday, Aug. 10, becoming the first to move into H. Douglas Covington Hall, the $24 million living/learning community that was completed this summer.

Named for a former chancellor, the residence hall will help to alleviate the demand for on-campus housing. The five-story building features rooms grouped in pods with shared space for study and social interaction, and multiple common areas to encourage student interaction, academic activities, and co-curricular events. This is the first new residence hall since Martin-Schexnider in 2014.

Ramdition gets under way with the Welcome Session on Sunday, Aug. 12. During the week, students will meet members of the university’s administration and be placed in groups, each led by student legacy leaders.

The event features a new theme, “Ramdition – Archway to Discovery.”

“Throughout the week, our new Rams will have an up-close and personal opportunity to interact with our campus leaders,” said Dr. Stephanie Dance-Barnes, interim dean of University College and Lifelong Learning (UCaLL). “During these exchanges, freshmen will be encouraged to find their own voice and feel empowered to control their own academic journeys.”

Dance-Barnes said there are a number of new activities on the 2018 Ramdition schedule, including:

Ramdition also will focus on wellness with the second Annual Ramdition 2K Wellness Walk and Glow Party on Wednesday, Aug. 15, and a session on health and social responsibilities.

Ramdition concludes on Saturday, Aug. 18, with Through the Archway. The ceremony, a tradition since 2009, begins with a processional, led by the sophomore class, the Student Government Association and Chancellor Elwood L. Robinson. Students will walk through the university’s historic arches, symbolizing their transition from “lambs to Rams.” Along the processional route, students will be greeted by faculty, staff, administration, alumni and their families.

Through the Archway will be followed by Meet the Rams, an opportunity to meet the student-athletes participating in fall sports. The free community event also will include performances by the Red Sea of Sound marching band and the WSSU Powerhouse of Red and White cheerleaders.

The freshman class is expected to be near the same size as the class of 2016, which was the largest class since 2008. 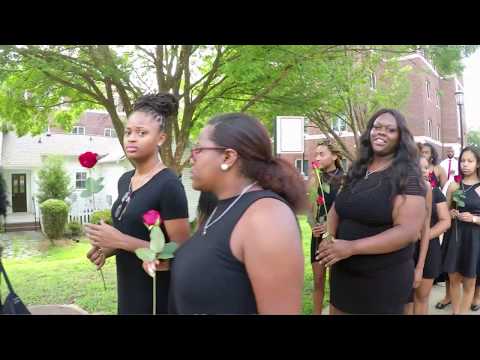