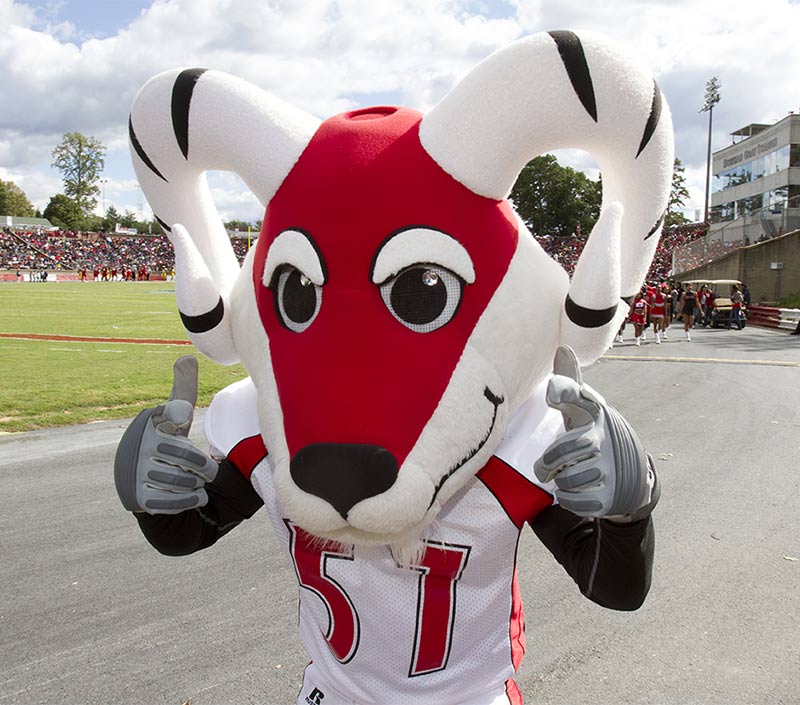 WSSU Ram mascot, Amon, named 40 years ago after a West African deity, is the centerpiece of WSSU's athletics and culture.

It was 40 years ago that Winston-Salem State University’s beloved Ram finally got a name.

The Ram has been WSSU mascot since 1932. However, it wasn’t until the era of hall of fame Coach Bill Hayes that the Ram took the name .

During Homecoming week in October 1978, WSSU’s athletic department sponsored a “Name the Ram” contest. After sorting through more than 50 entries, the contest committee chose Amon as the mascot’s name because of its originality and meaning.

MORE: What kind of Ram are you? Take this quiz.

Inspired by the West African deity, Amon means “all powerful.” It was considered to be the god of mankind’s welfare, represented by a ram.

The November 1978 issue of The News Argus, WSSU’s student newspaper, thanked the contest winner, a faculty member who chose to remain anonymous, for suggesting such a proud name, and said that Amon adds pride and dignity to the Ram family.

Amon also brought the Rams success, WSSU went on to defeat the Fayetteville State University Broncos 55-21, on their way to an 11-1 season and clinching the program’s first berth in the NCAA Division II playoffs.

The Ram mascot – still the centerpiece of WSSU’s athletics and culture – has undergone several redesigns over the last 86 years. In August 2017, WSSU unveiled a fierce new Ram logo that continues to reflect the energy of the Ram community.

To celebrate, Archway has compiled a few photos of Amon from over the years.