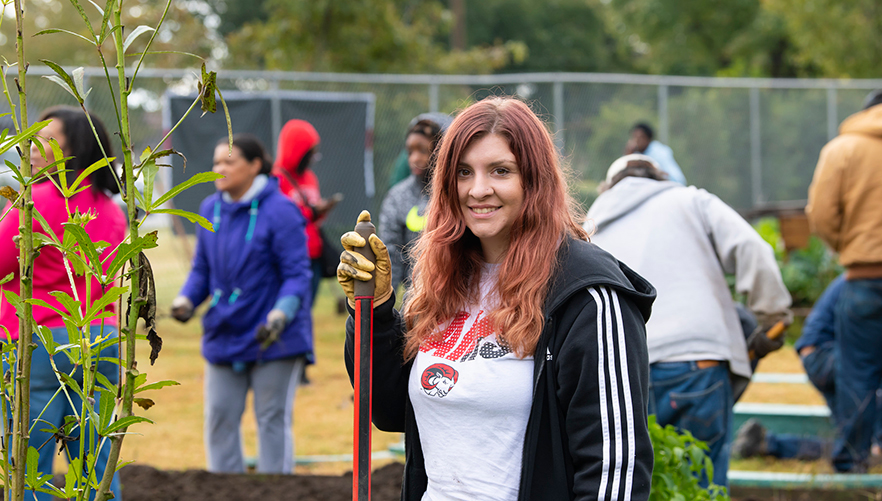 Miranda Legg is passionate about recycling. She also loves a good competition.

Throughout April, she sent emails to fellow students. She also set up recycling boxes in Foundation Heights, where she lives and works as resident assistant (RA), and in the C.E. Gaines Center.

At the end of the competition, Legg had collected more than 5,000 beauty and personal care containers, topping college competitors on 50 campuses to win Garnier’s Rinse, Recycle, Repeat: College Competition, created in partnership with TerraCycle and DoSomething.org.

“I’m proud of all the support that I’ve gotten from my family, friends and school for helping me win,” Legg said. “I really feel like my participation in this contest has made a difference, and it is helping inspire other to recycle more or at least use reusable water bottles.”

For leading WSSU’s campaign, Legg, a Provost’s Scholar and member of the S.G. Atkins Honors Society, received a $2,000 scholarship.

Her work has also paid off for WSSU and the communities around the university.

Simon's Green Acre Community Garden, located at the Enterprise Center, has received a Garnier Green Garden worth $30,000. The donation includes garden materials and grant money to purchase plants and soil. The garden materials, which include benches and a gazebo, are made from recycled personal care and beauty packaging collected through the Garnier-sponsored recycling program.

“This is the largest donation we have received since Simon’s Green Acre was created in 2010,” said Carol Davis, executive director of the S.G. Atkins Community Development Corp. “This generous donation from Garnier will have a lasting impact on the communities around Winston-Salem State University, allowing us to create new seating areas for the garden, more raised beds, and helping our volunteers increase the amount of healthy food they are producing. On behalf of our dozens of community volunteers, I want to thank Miranda Legg and the students of WSSU for their commitment to making a difference in Winston-Salem.”

The gift was presented at a community volunteer event at the garden on Saturday, Oct. 27.

The community garden, staffed by volunteers, shares the produce with church groups, neighborhood residents and others.

The West Davidson High School graduate said she’s been interested in recycling since she was small.

“I have always cared about the Earth, and I thought I was environmentally conscious, but participating in this contest has opened my eyes to the seriousness of the world’s plastic pollution problem,” Legg said. “It was amazing to see people come together, and the support I received to win the scholarship was incredible. But my excitement for this garden is on another level. Our school’s motto is ‘Enter to Learn. Depart to Serve.’ and the garden is a great way to serve others. I think it will be incredibly beneficial for our community.”

After graduating, Legg plans to pursue a doctoral program in neuropsychology or cognitive psychology and then become a professor.

The Simon’s Green Acre Community Garden is one of 12 Garnier Green Gardens throughout the country. 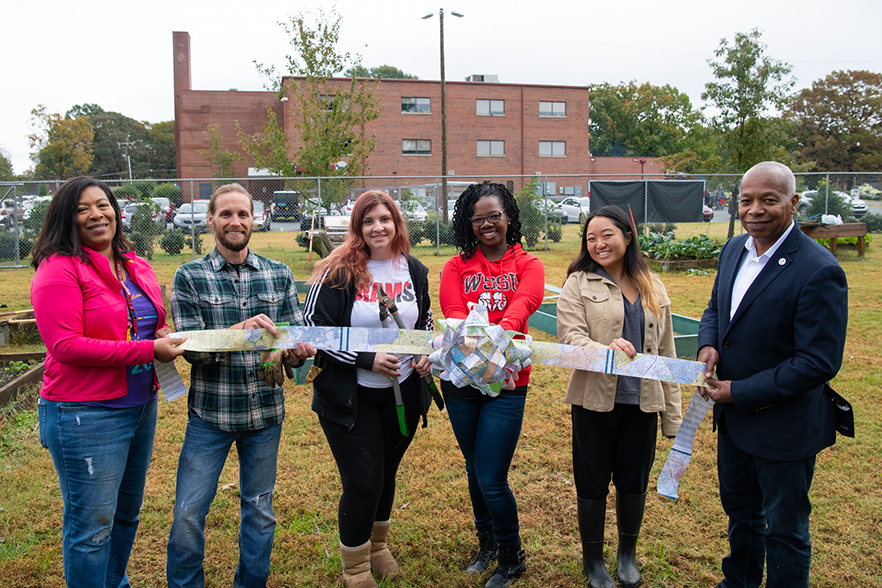