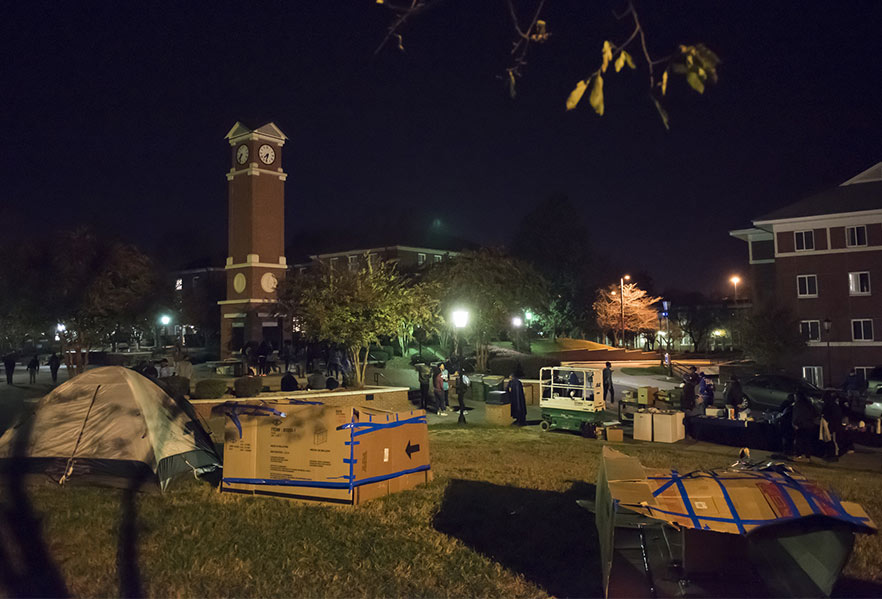 WSSU students brave the elements to shed light on the issue of homelessness in the community during "Sleep-Out for the Homeless" event.

Winston-Salem State University (WSSU) students will brave the elements on Friday, Nov. 16, to shed light on the issue of homelessness in the community.

WSSU’s Delta Alpha Chapter of Phi Beta Sigma is sponsoring the 22nd annual Sleep-Out for the Homeless on WSSU’s campus near the clocktower beginning at 6 p.m.

“I want people to understand how homeless people feel,” said Malik Taylor, a senior psychology major and president of the Delta Alpha Chapter of Phi Beta Sigma. “You don’t know what someone is going through until you put yourself in their shoes.”

Delta Alpha is accepting clothing, non-perishable food items, and monetary donations throughout the week. Donation boxes have been placed in residence halls to make them more accessible to students. Donations also will be collected during the event.

Last year, the fraternity raised more than $1,200 for Samaritan Ministries, 15 boxes of clothing to the Winston-Salem Rescue Mission, 850 pounds of non-perishable food items for the Second Harvest Food Bank, and 800 school supplies for Project HOPE.

Monetary donations can be made online at www.gofundme.com/pbsdasleepout.

Back in the fall of 2019, LaMonica Sloan Wilhelmi and senior staff members at Winston-Salem State University were brainstorming, searching for ideas to help provide more career development options for students.

The innovative ideas from that session laid the groundwork for what turned into a $1.2 million Job Corps Scholars Program on the WSSU campus that will provide intensive two-year career preparation for 40 community members a year.