After a national search, Dr. Mel C Norwood II has been named associate provost and vice chancellor for the Division of Student Development and Engagement for Winston-Salem State University (WSSU).

Norwood, who most recently served as dean of students and chief student affairs officer for Reinhardt University in Georgia, will join WSSU on Feb. 1. He brings nearly two decades of experience in student affairs and student development.

“We are looking forward to having Dr. Norwood join the WSSU family,” said Dr. Anthony Graham, provost and chief academic officer for WSSU. “He is a leader who has the depth and breadth of knowledge and awareness of best practice in student affairs that will serve our university well as we strive to achieve the aspirational outcomes of our strategic plan that really brings more closely together our curricular and co-curricular activities. Over his career, he has shown a passion for HBCUs and for helping minority students succeed in college.” 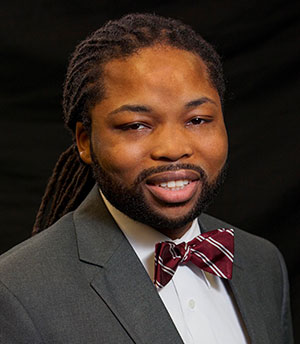 Previously, he served in student development leadership positions at Miami Dade College, Florida State College of Jacksonville, and Edward Waters College in Jacksonville, Florida. Norwood also has had stints at Michigan Technological University and Alabama State University. He also worked as a classroom teacher and team leader for five years in Auburn, Alabama.

Since 2014, Norwood has served as a Region III board member for the National Association of Student Affairs Professionals in Higher Education (NASPA).

Norwood, a native of New Orleans, earned a Doctor of Education from Auburn University, writing his thesis on the factors influencing African American students’ choice to attend predominately white institutions. He earned his bachelor’s and master’s degrees from Alabama State University.

He replaces Dr. Trae Cotton, who left WSSU in December 2017.

“I would like to thank Mr. Jamar Banks, dean of students, for his leadership during this transition,” Graham said.