By Trevin Goodwin | For Archway

That dream became a reality in February when Smith was hired as a full-time video assistant with the Denver Broncos. He says the lessons he learned as a student video assistant with WSSU’s football team and his work in the classroom, prepared him for life at the professional level.

“Working with Dr. Felder and Coach Conley really prepared me for the real world,” Smith says. “Dr. Felder is a very intense individual, and he’s always been that way. He’s always been on me to make sure that I got my experience in sports - whatever that case might be.” 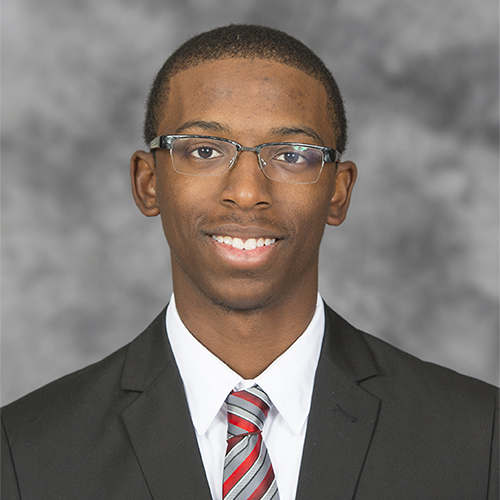 In addition to great learning in the classroom, Smith said the lessons he learned outside the classroom also have benefited him on his professional journey.

“Dr. Felder is very intense, and Coach Conley is the more laid back one. So they balance each other out,” Smith adds. “But if I turned in an assignment late, Coach Conley got on my case.”

After earning his bachelor’s degree in management from WSSU, Smith went on the earn a master’s degree from Western Carolina University in Sport and Fitness Management in 2018.

In addition to furthering his education, Smith found time for professional growth along the way, which helped him work his way up to a position with one of the most iconic professional sports teams in the world. As a student a WSSU, he served as a video/operations intern at Wake Forest University and as a video intern with the Atlanta Falcons. After graduation, he went on to serve as a video intern with the Broncos before earning a full-time job.

“Figure out your goal. Find out what you’re pursuing, and don’t let anything stop you,” Smith advises. “Coming to WSSU was probably the best decision that I ever made because it helped me build upon what I already had installed in me. So I would say stay motivated. Don’t let anyone tell you that you can’t make it.”

Trevin Goodwin is the assistant athletic director for media relations for WSSU athletics.