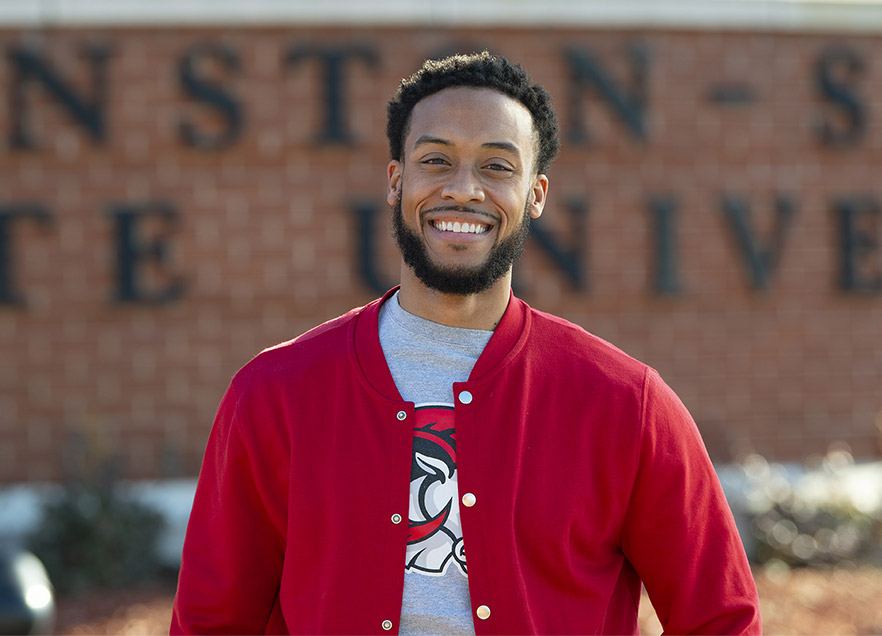 Over the past four years, the mobile unit, a service of WSSU’s Center of Excellence for the Elimination of Healthcare Disparities (CEEHD), has provided health screenings and healthcare referrals for more than 5,000 people, most of whom are uninsured or underinsured. In 2018, the mobile unit expanded its services and added a second larger unit.

You were recently awarded the City of Winston-Salem’s “Martin Luther King Jr. Young Dreamers Award,” which honors emerging or proven young city leaders, how did you feel when you first heard the news?
Initially, I was surprised. I’ve always been a “behind the scenes” individual that doesn’t necessarily seek approval or acknowledgment. My main objective is to help as many residents as possible. I’m humbled to know that I am following in the direction of such a pivotal, historic pioneer.

What is your mantra or favorite quote?
My personal mantra – What you place into the universe is a reflection of your reality.

Who is your dream dinner guest and why?
Reginald Lewis, I believe you can learn a lot from the first African American to build a billion-dollar company in the United States.

Why should achieving health equity be on everyone’s agenda?
Health is the most basic component of humanity, which should be granted to all regardless of your personal biases/fears towards another. It is the virtue of succeeding or failing, even the richest individual can’t avoid the implications of health.

If you could guest star on a television show, which would it be and why?
I would prefer to be a guest producer on FX’s Atlanta. Donald Glover and company brilliantly executed a satire of current issues facing culture in the United States.

In grade school, what did you want to be when you grew up and why?
A . When I was an adolescent, I was fascinated with the idea of being James Bond - especially because of the tuxedos.

If you could have a superpower, what would it be?
Telekinesis

Are you a cat or dog person?
I plead the fifth. I believe in equality for all animals