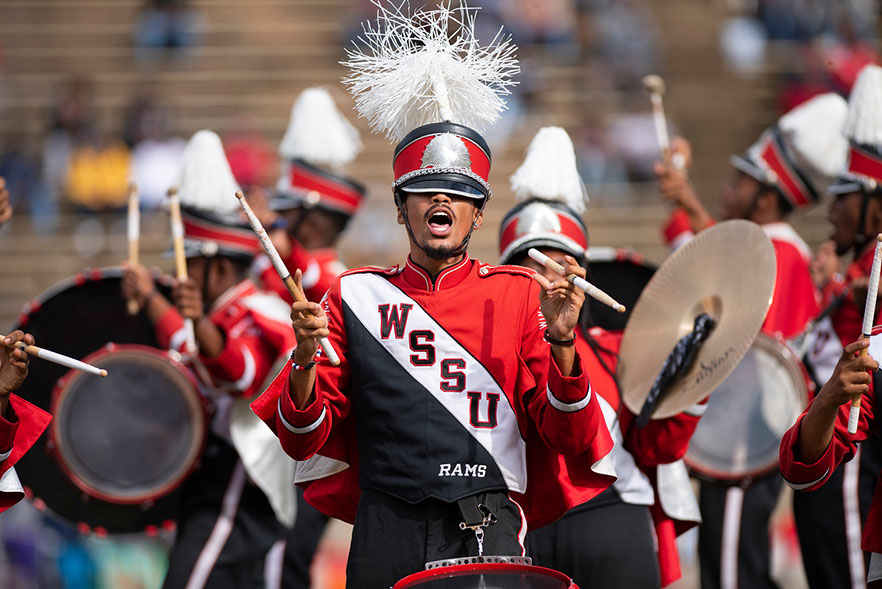 WSSU's Red Sea of Sound marching band is an HBCU Award finalist for the first time this year.

Winston-Salem State University (WSSU) is a finalist for 10 2019 HBCU Awards, including the top categories of "HBCU of the Year" and "Male President of the Year."

WSSU is tied for third for the most finalists for the awards this year, which were announced through a video on HBCU Digest's website on Monday, June 17.

WSSU is a finalist in these categories:

According to HBCU Digest, The HBCU Awards is the first and only national awards ceremony honoring individual and institutional achievement at historically Black colleges and universities throughout the country.

Finalists were selected based not only on excellence but on how effectively the story of that excellence was shared with the general public through media relations.

This is WSSU's biggest showing in the nine-year history of the awards. Last year, WSSU was a finalist in seven categories, including "HBCU of the Year" and "Male President of the Year," and won awards for nursing and social work programs of the year.

The HBCU Digest 2019 winners will be announced at an awards ceremony on Aug. 2 at the Reginald F. Lewis Museum of Maryland African American History and Culture in downtown Baltimore.