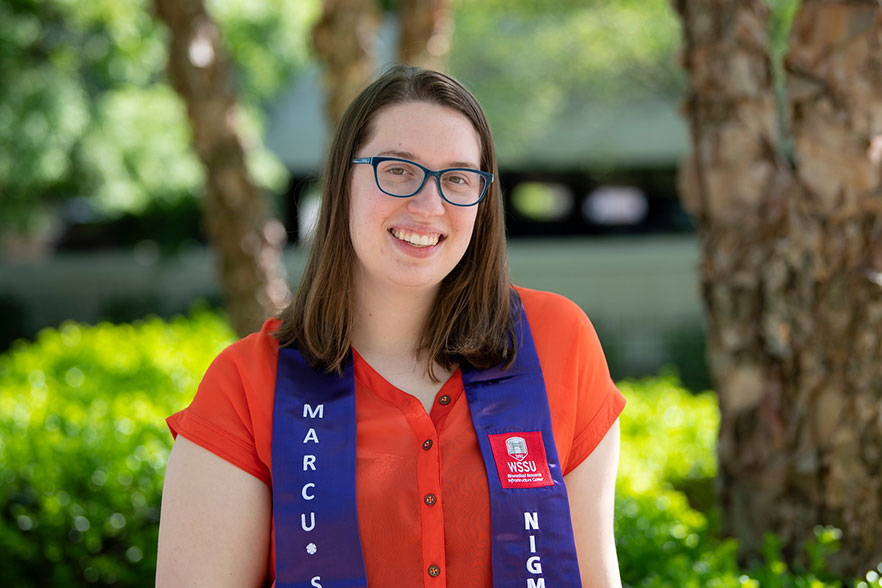 Tanya Zubov ‘19 was destined to be a Ram.

Zubov grew up on the campus of Winston-Salem State University (WSSU) after her mother, Dr. Lynn Zubov, associate professor in the Department of Education, was hired at the university in 2000.

In 2009, her mother enrolled her in Girls Empowered in Math and Science (GEMS), an academy that was starting up at WSSU for fourth- through seventh-grade girls.

“In middle school, GEMS had a big impact on my desire to study science,” Zubov says. “I remember doing different science experiments and speaking with different women in STEM fields. Speaking to these women made me want to be like them when I grew up.”

She says the fact that GEMS is on a university campus, like WSSU, exposes girls to the importance of college early on.

Dr. Denise Johnson, associate professor of education at WSSU, developed GEMS in 2009 to increase interest, accelerate academic achievement, and increase the number of females from Forsyth County who are choosing to enter the fields of science, mathematics, technology and education.

Over a decade, more than 1,500 girls have participated in the program, which includes a Saturday Academy that meets once per month during the school year, and a weeklong summer program.

“Women, in general, are an underserved population in STEM careers, and women of color are even less represented in these careers.” Johnson says. “GEMS provides girls the academic foundation and the fortitude to be successful in any STEM environment – academic institutions and the workplace.”

GEMS is celebrating its 10th anniversary this month with a special two-week camp that started on July 15 and is funded through a $36,106 grant from the North Carolina Department of Transportation. The camp is focusing on increasing exposing girls to careers in transportation.

About 25 girls will participate, with hands-on activities, including boat building and learning how to fly drones.

GEMS received the 2018 Inspiring Programs in STEM Award from INSIGHT Into Diversity magazine, which honors colleges and universities that encourage and assist students from underrepresented groups to enter the fields of science, technology, engineering, and mathematics (STEM).

As a student at WSSU, Zubov was first exposed to research as a NIGMS-RISE scholar. In her last two years, she was selected as a MARC U*STAR scholar, which, she says, strengthened her desire to attend graduate school. She also was chosen for summer research opportunities at Wake Forest University, the University of Alabama at Birmingham and Rutgers University, and worked in a variety of research labs.

In May, Zubov earned her bachelor’s degree in biology from WSSU. This fall, she will attend the University of North Carolina at Greensboro, pursuing a master’s in biology.

Programs such as GEMS show younger girls that they can do whatever they put their minds to, Zubov says.

“Girls often see in social media that we are the ‘dumb’ ones and are supposed to let men work the hard jobs in science,” Zubov says. “By teaching girls at a young age that they can do anything they want to do, it will break this stereotype in the future.” 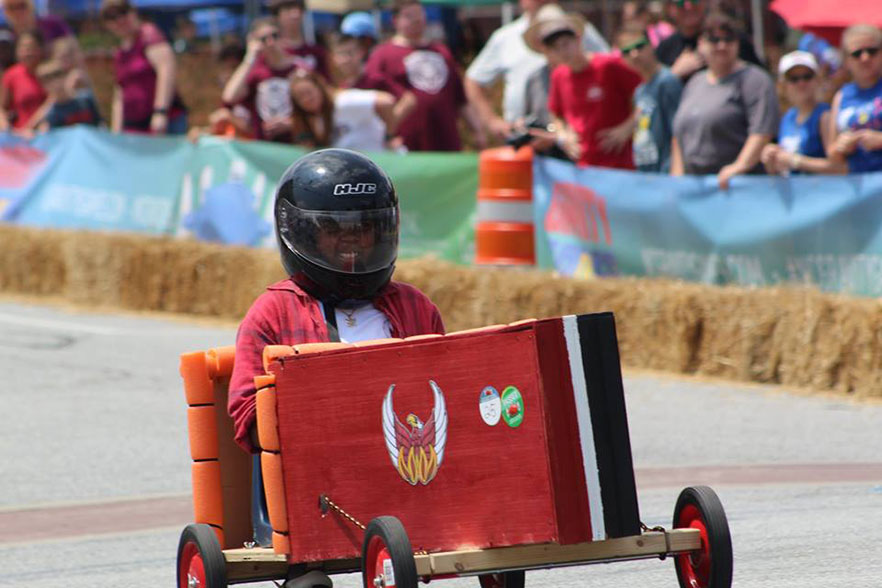