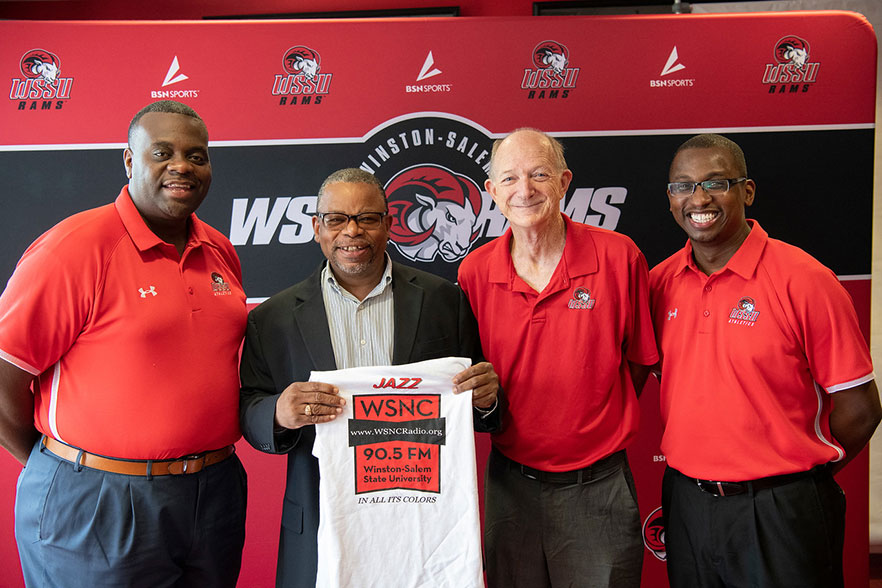 “We are excited about our games being broadcast live on our own WSNC 90.5 FM,” said WSSU Interim Director of Athletics George Knox said. “This new partnership will allow us to reach an even wider audience through the radio and the live stream on WSNC’s website.”

At least eight Rams football games, including all home games and two away games, will be broadcast on WSNC starting with the season opener at UNC-Pembroke on Sept. 5.

"One of my main priorities since arriving at WSNC has been growing our audience to allow the station to be a major community outreach source for Winston-Salem State University,” said Brian Anthony, WSNC general manager. “I'm very pleased that we’re in a position to return WSSU football and basketball, after a 10-year absence, to the airwaves of the campus radio station.”

As part of the partnership, select Rams’ basketball games will be broadcast on the radio for the first time since 2009.

For the seventh year in a row, Ken Winfrey will return as the play-by-play announcer for Rams football and basketball games.

“It goes without saying, but we are very appreciative to WTOB for making it possible for Rams fans to continue hearing both football and basketball games since 2013," Knox said.

Anthony said there are a number of sponsorship and partnership opportunities available for local businesses and corporations that are interested in supporting Rams Athletics and reaching fans through the broadcast on WSNC.

A broadcast schedule for home men’s and women’s basketball games will be announced this fall.