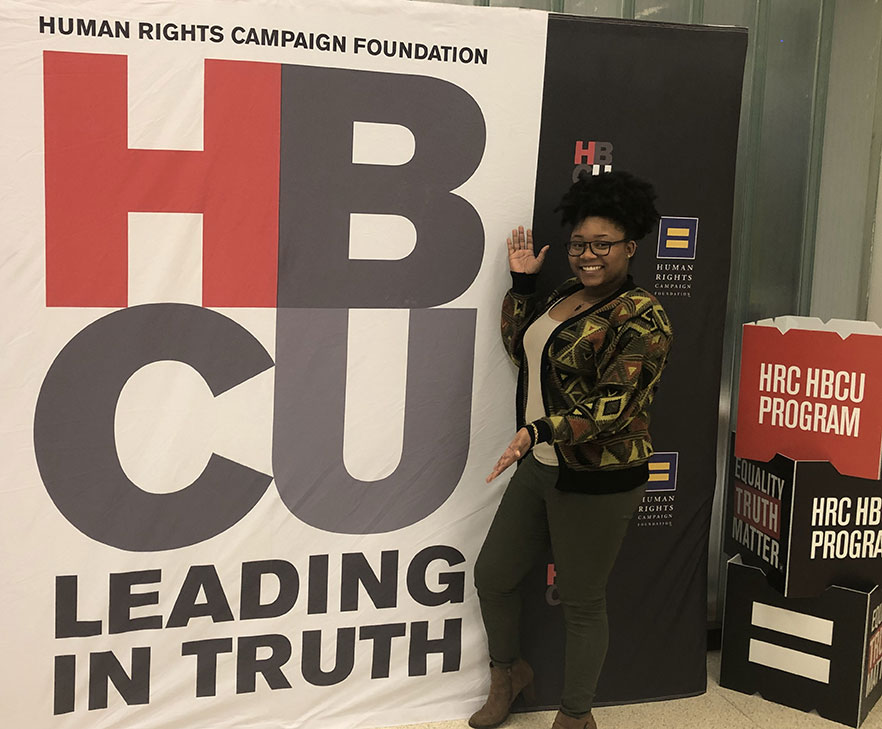 Ericka Hurt is the first to attend the HRC HBCU Leadership Summit.

Hurt, a senior psychology major from Charlotte, developed her leadership skills in areas of self-awareness, awareness of others, courageous actions and collaboration to advocate for LGBTQ equality and other social justice issues while attending the five-day summit, which was held in Washington, D.C.

Hurt was one of 49 students from 33 HBCUs selected to attend. She said she decided to apply for the summit after reading articles about the LGBTQ+ community in a contemporary issues class.

“I wanted to learn how I could help make an impact on my campus for the LGBTQ+ community and be a role model for future students,” she said. “I found it interesting that the majority of us  faced similar issues regardless of the size of the campus or state. We all understood that this summit was not about us but for the individuals back on our campuses who needs us to be their voice.”

After she earns her bachelor’s degree from WSSU, Hurt said she plans to pursue a Master of Social Work and to earn her clinical license. She also wants to be certified in play therapy, to encourage students to express themselves in non-traditional ways as if they are in a play.

Hurt lost her mother to cancer at age 8. She says play therapy was extremely helpful for her and her family.

According to HRC, the program mobilizes and supports HBCUs in enhancing policies and services that promote excellence in LGBTQ inclusion, equity and engagement.