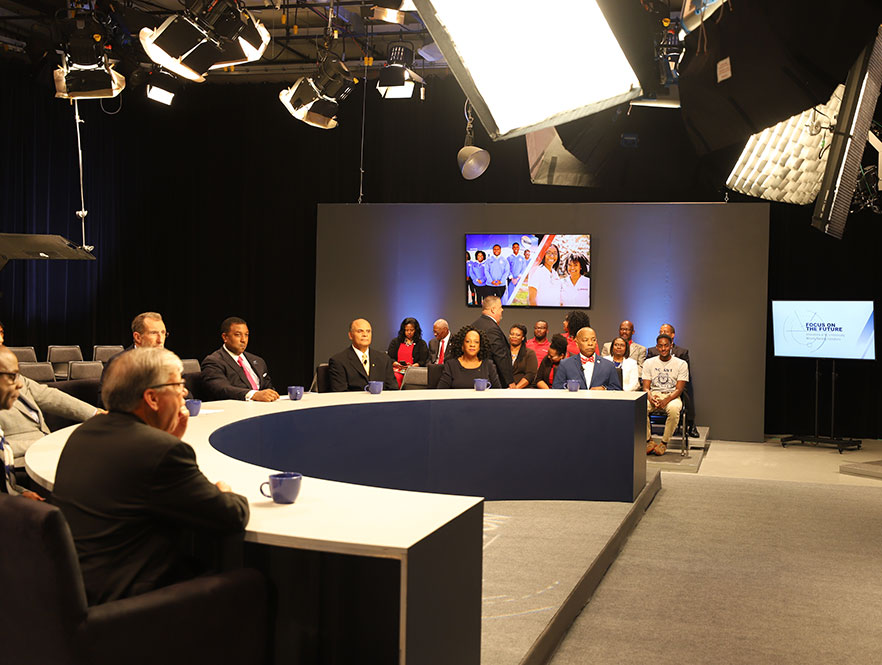 WSSU Chancellor Elwood L. Robinson (right) was one of six UNC System chancellors to participate in the panel discussion at UNC-TV for "Focus on the Future: North Carolina’s Historically Minority-Serving Institutions."

“I want folks out there to know that these are academic centers of excellence,” Robinson said. “When a student comes to Winston-Salem State University, they are getting the best possible education that they can get anywhere in the world.”

The program, hosted by Shannon Vickery and Deborah Noel, also focused on WSSU’s return on investment, with interviews from Dr. Nancy Smith, associate professor in the Department of Physical Therapy; Diamond Bynum, a senior healthcare management major; and Dr. Melicia Whitt-Glover, executive director for the Center of Excellence for the Elimination of Health Disparities (CEEHD). Taylor Walker, the 2019-20 Miss Winston-Salem State University, also is featured in the question and answer portion of the program.

In 2018, the UNC Board of Governors created a special Committee on Historically Minority-Serving Institutions (HMSIs) to address their diverse challenges and to create promising strategies for their future growth.

The six institutions under the purview of the HMSI committee are the state’s five public historically Black colleges and universities (HBCUs) as well as UNC Pembroke, which has the designation of North Carolina's historically American Indian university. This program reflects the UNC Board of Governors’ commitment to increase awareness of and appreciation for these six institutions throughout the state.

“We’ve never been more certain of the crucial role these historically minority-serving institutions play in strengthening our state and our System,” said William Roper, UNC System interim president. “This show brings into focus the innovation and excellence at each of these institutions and puts the spotlight on their many accomplishments.”

The program was filmed at UNC-TV on Aug. 28 in front of a studio audience of alumni, students, faculty and staff from the six universities. Interviews also were filmed at WSSU's campus on Aug. 22.

For more information or to watch the program, visit the UNC System website. 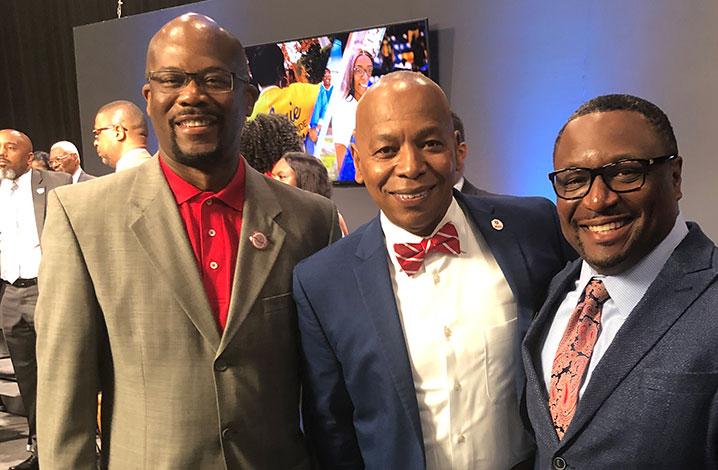