White has over 20 years of experience as a law enforcement officer and public servant in North Carolina. Most recently, he served as a major of support services with North Carolina Agricultural and Technical State University Police Department, a role he has held since 2005.

“We are glad to welcome Deputy Chief White to the team,” said Chief Amir Henry, director and chief of police at WSSU. “I believe his higher education background will be an asset to this department as we continue to create a safe and secure campus and engage positively with our on-campus constituents.” 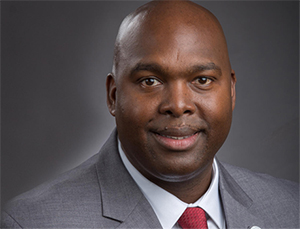 During his tenure at NC A&T, White led the day-to-day management of the university’s police department, providing overall direction and coordination of police operations and advisory support to senior administrators. His responsibilities included directing operations during critical incidents, operational planning, and serving as second in command to the chief of police. White led the planning operations for high profile events such as President Obama’s visit to NC A&T in 2016.

White was selected to serve as the interim police chief at Elizabeth City State University in 2013. He also served as the interim police chief at North Carolina Central University in January 2020.  While there, he was responsible for providing leadership and direction for both university police departments. He was also an advisor to Elizabeth City State University’s chancellor.