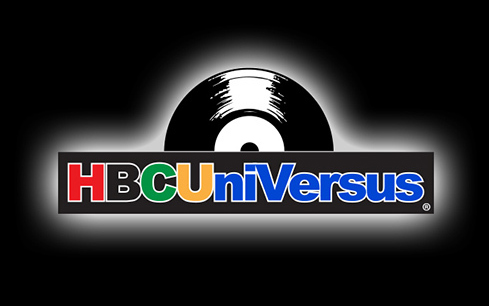 COVID-19 may have delayed the football season, and the much-anticipated matchup between Winston-Salem State University and North Carolina Central University, their first meeting since September 11, 2010, but it didn’t stop them from going head-to-head this past weekend in the HBCUniVersus virtual giving challenge.

The HBCUniVersus Challenge was the brainchild of WSSU alumnus, Randall Callaway. Bringing the our motto to life, “Enter to learn, depart to serve,” Callaway put together an event that would serve both schools by bringing in funding that would have been lost due to the delay of football season. The online music battle featured Callaway, aka DJ 360 Elite, versus Jay Featherson, aka DJ 360 QC, an alumnus of NCCU. Hundreds of donors tuned in and made pledges to both universities.

"I was delighted to learn that an alumnus of WSSU conceived this concept and the idea to generate support for students at HBCUs, said Dr. LaTanya Afolayan, vice chancellor for University Advancement, “Alumni participation is a true indicator of the value of the university experience. This event was a great opportunity to fuel alumni enthusiasm and giving, at all levels. Everyone was able participate and enjoy the great music!"

Giving was made possible by text, phone, and in-person donations. During the three-hour event, nearly 400 donors participated. With the vast majority supporting WSSU, we achieved the undeniable victory, bringing us to an entertaining, yet unofficial, 1-0 season start.

“Today, perhaps more than ever, we need the support of our Ram family. The thoughtful generosity of our donors continues to bring student opportunities to new heights. We are beyond thankful for every supporter that gave during the event. Every dollar will support the academic and athletic excellence you’ve grown to expect from WSSU,” said Etienne Thomas, director of Athletics.

The monies raised this weekend will support each school’s athletics programs and the university’s General Scholarship Fund. If you missed the event but would still like to participate, visit WSSU Athletics to learn more or contribute.