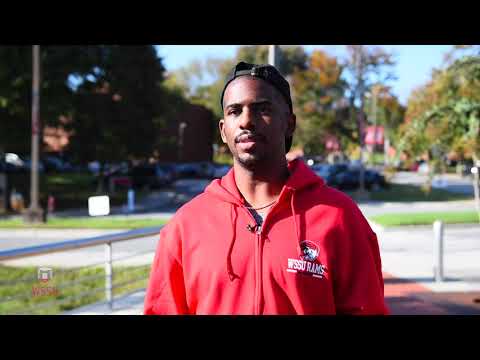 “March to the Polls Pt. 2” was a last push by SGA to encourage the Winston-Salem community and the WSSU campus community to exercise their right to vote prior to the general election on Nov. 3. Paul, a Winston-Salem native who is enrolled as a student at WSSU, used his platform to help his fellow schoolmates further their early voting initiative. 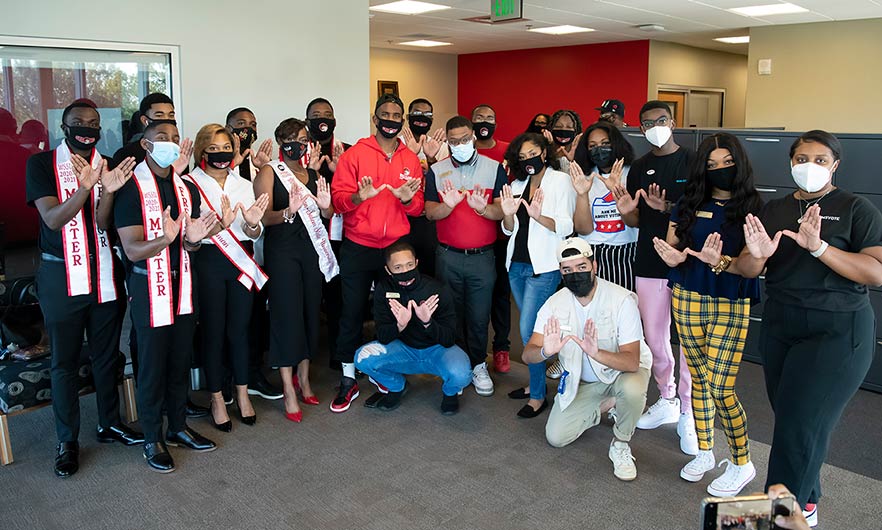 Hundreds of students gathered around the clock tower in the center of campus to march to the Anderson Center, the early voting site housed at WSSU. Before the march, Paul stopped by several residence halls to gather students. WSSU’s Red Sea of Sound Marching Band along with the cheerleading team followed the procession to the polling site.

Following the march, several students and community members lined up to vote while the marching band performed. There were local food trucks outside of the polling area giving food at no cost to early voters and attendees.

Tavin Felton-Stackhouse, a senior political science major from High Point and co-chair of SGA’s Political Action Committee, said that having Paul participate in the second march confirmed that their work to encourage student voting hasn’t been in vain.

“It felt really amazing,” said Felton-Stackhouse. “I felt really appreciated. He [Paul] apparently saw the first march and it inspired him enough to come and want to be a part of this one. It felt good to see all of the hard work we’ve been doing get recognition.” 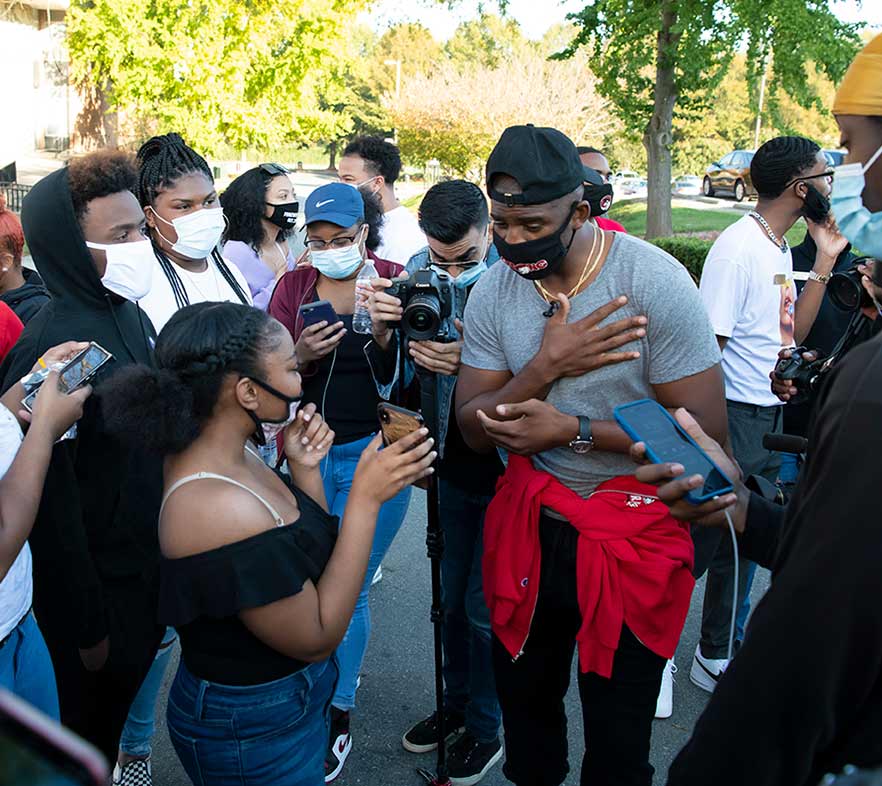 NBA star Chris Paul stops by residence halls to gather students for the march to the polls on WSSU's campus.

Paul, who is currently enrolled in two communications classes at WSSU, said he plans on completing his degree at WSSU and participating in commencement.

“I plan on walking whenever this COVID thing gets over. I don’t want just my diploma; I’m walking across the stage at some point,” Paul said.