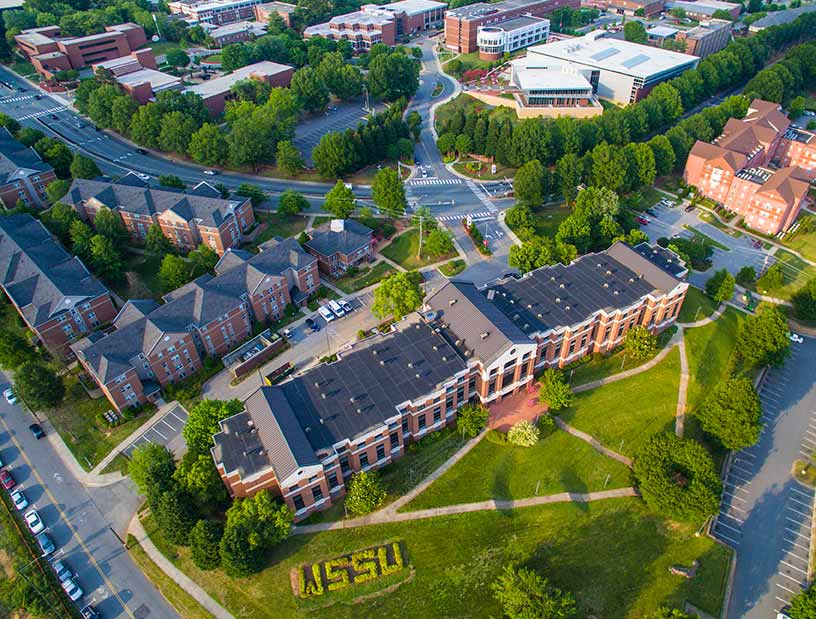 Winston-Salem State University’s Million Dollar Match campaign exceeded its $2 million goal by more than 60 percent--providing almost $3.4 million for student scholarships. The campaign was possible thanks to Winston-Salem couple Anna Reilly and Matt Cullinan, who agreed to match any donations for need-based student scholarships between Feb. 2019 and April 2020. Their nearly $1.7 million matching gift is the largest single gift from a couple in WSSU’s 128-year history. More than 500 alumni and friends of the university contributed during the campaign, creating 31 new alumni endowments.

“This was a community-wide effort that created an important source of support for our students,” said WSSU Chancellor Elwood L. Robinson. “The matching gift from the Reilly-Cullinans — to whom we are very grateful — energized our donors in a very significant way. The Reilly-Cullinans were great partners in this endeavor.”

Initially, the goal for the Million Dollar Match was to raise $1 million that would be matched by the couple; however, after receiving overwhelming support from alumni and friends of the university, the Reilly-Cullinans agreed to exceed the original match.

“We were introduced to Winston-Salem State about three years ago and our interest grew as we learned more about this incredible university,” said Anna Reilly. “When we understood that more than 40 percent of WSSU students are first generation, and many more of modest means, we felt like we had to invest. It became clear that Winston-Salem State University truly sits at the nexus of opportunity and resources coming together to change a person’s life. It may present the greatest point of leverage in higher education today. Our previous experience had been with private elite universities with few resource limitations. After meeting the Chancellor for the first time, our eyes were opened to the financial environment in which the University operates.”

“We were impressed by the talented leadership team Chancellor Robinson was developing.  Those administrators set the stage for what could happen,” said Matt Cullinan.

After meeting with Chancellor Robinson in 2018, the couple learned more about the challenges facing students—particularly juniors and seniors who may have difficulty with an outstanding balance or the loss of a parent or other support person. The couple immediately established a $50,000 emergency fund for students; however, they desired to do more.

“These students were not returning to finish degrees after they had done the hardest part—getting in, getting through two or three years and then being sidelined by small financial impediments.  It was tragic,” said Cullinan.

After establishing that fund Anna Reilly said the couple “tried to dig deeper and learn more. Winston-Salem State University is our community’s main branch of the University of North Carolina System. It should be commanding the kind of resources that other schools in the system do.”

“It is an excellent school, and they do everything on a very limited budget. They make the most of every dollar in service of their students,” added Cullinan.

What followed was a series of conversations with Robinson and Vice Chancellor for Advancement LaTonya Afolayan to determine the best way they could have a positive impact on the university.

“It was clear that the university has a long tradition of alumni support, but they didn’t have a deep history of large-dollar philanthropy,” said Cullinan. “That culture must be built over time.”

That is when the Million Dollar Match was born. The match provided an incentive for alumni, friends and a variety of organizations to support the University

“We accepted their challenge. We offered alumni and friends of the college the opportunity to match. It changed everything,” said Afolayan, noting that prior to the challenge the minimum for an endowment was $25,000, but with the matching challenge, an endowment could be established for $12,500.

The Million Dollar Match was launched in Feb. of 2019 coinciding with the Central Intercollegiate Athletic Association (CIAA) basketball tournament in Charlotte. In that first month more than $140,000 was raised and that figure kept growing.

And keep going they did. By the time the campaign ended in April of this year, the university had raised $1,698,000 which Reilly-Cullinans matched.

“It’s fantastic that the University met and exceeded this ambitious fundraising goal” said Cullinan. “This experience has provided momentum for Winston-Salem State and has given the Chancellor and his team the chance to stretch even further. It puts the University in the position to pursue a larger campaign in the future.  It was an honor for us to be part of this effort.”