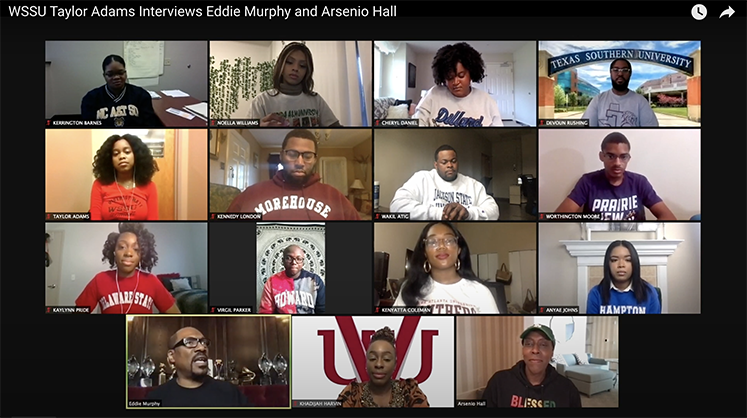 Taylor Adams is a big fan of Coming To America, the 1988 comedy blockbuster starring Eddie Murphy and Arsenio Hall.

The Winston-Salem State University senior may be an even bigger fan of Coming 2 America after getting to interview the stars of the recently released sequel.

“I grew up with the (original) movie. I was very familiar with the first one. I knew who the cast members were and the plot,” said Taylor, a Greensboro native who will be graduating from WSSU in May. She added everyone participating in the project was required to watch Coming 2 America before the interviews.

Murphy and Hall starred in the 1988 version of the movie, a romantic comedy based on a story written by Murphy. The original earned over $288 million worldwide and was the third-highest-grossing film in the United States that year.

In the 1988 movie, Murphy plays the lead character, Akeem Joffer, the crown prince of the fictional African nation of Zamunda, who comes to the United States with the hopes of finding a bride.

In the sequel, which was released March 5, Akeem, again played by Murphy, discovers he has a long-lost son in the United States and returns to America to meet his unknown heir and build a relationship with him.

The opportunity to interview the movie’s key cast members … Murphy, Hall, Tracy Morgan, Jermaine Fowler and Rotimi … was a unique situation. A dozen Historically Black Colleges and Universities were asked to select one student each to participate in a Zoom roundtable interview with the stars. Each of the students got to ask one question of each of the actors and each actor appeared separately.

“This whole process happened pretty quickly,” said Adams. “I got a call from Dr. (Brian) Blount (chairman of the department of communication and media studies) about an interview opportunity and that I would be getting a call from someone else soon.”

And that quick turnaround helped keep her nerves under control Adams said.

“The way I felt about it, because it was a short notice, all I had time to think about was the process more than anything else, making sure I was there on time,” said Adams. “And then the call was so casual. It was very comfortable for all of us.”

Adams’ questions were mostly concerned with the social and cultural impact and implication of various parts of the movie.

“I definitely believe they (her questions) were well-received,” said Adams. “The response to my questions seemed like they (the actors) were very interested. They elaborated on the answers and spent some time on the answers.”

Adams said she didn't understand the magnitude of the opportunity until she had a chance to review the roundtable several days later.

“It wasn't until we got the recording of the interview when I got to look back and see all the scenes … that put it all in perspective,” said Adams. “I don’t think I was nervous. I wanted to make sure I could ask the questions properly. I didn't get star-struck because everyone was so casual and comfortable. Maybe in person it would have been different.” 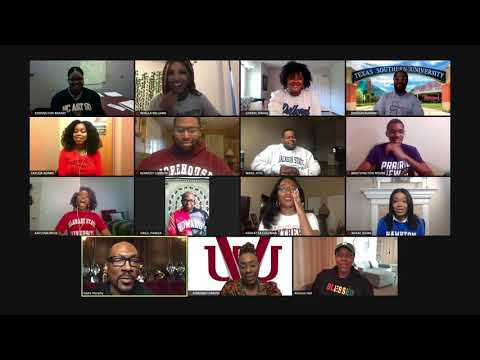