Nobody knows what it is like to be homeless, unless you have walked in the shoes of a homeless person. This year, the Delta Alpha Chapter of Phi Beta Sigma Fraternity Inc., will host its 20th Annual Sleep-Out for the Homeless event on the campus of Winston-Salem State University near the clock tower beginning at 6 p.m. Nov. 18.

“Our overall goal is to bring students, faculty, and staff together to raise awareness for homelessness, while collecting donations which will later be distributed to local charities, including: Second-Harvest Food Bank, The Winston-Salem Rescue Mission, and the Samaritan Ministries of Winston-Salem,” said Shanderus Stewart, a senior biology major and vice-president of the Delta Alpha Chapter. 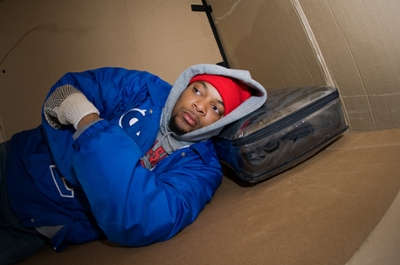 Activities during the week will include:

Last year, the fraternity raised $1,000, 1000 pounds of canned goods and other non-perishable items, and at least 20 boxes of clothing. The fraternity hopes to match or increase last year’s goal.