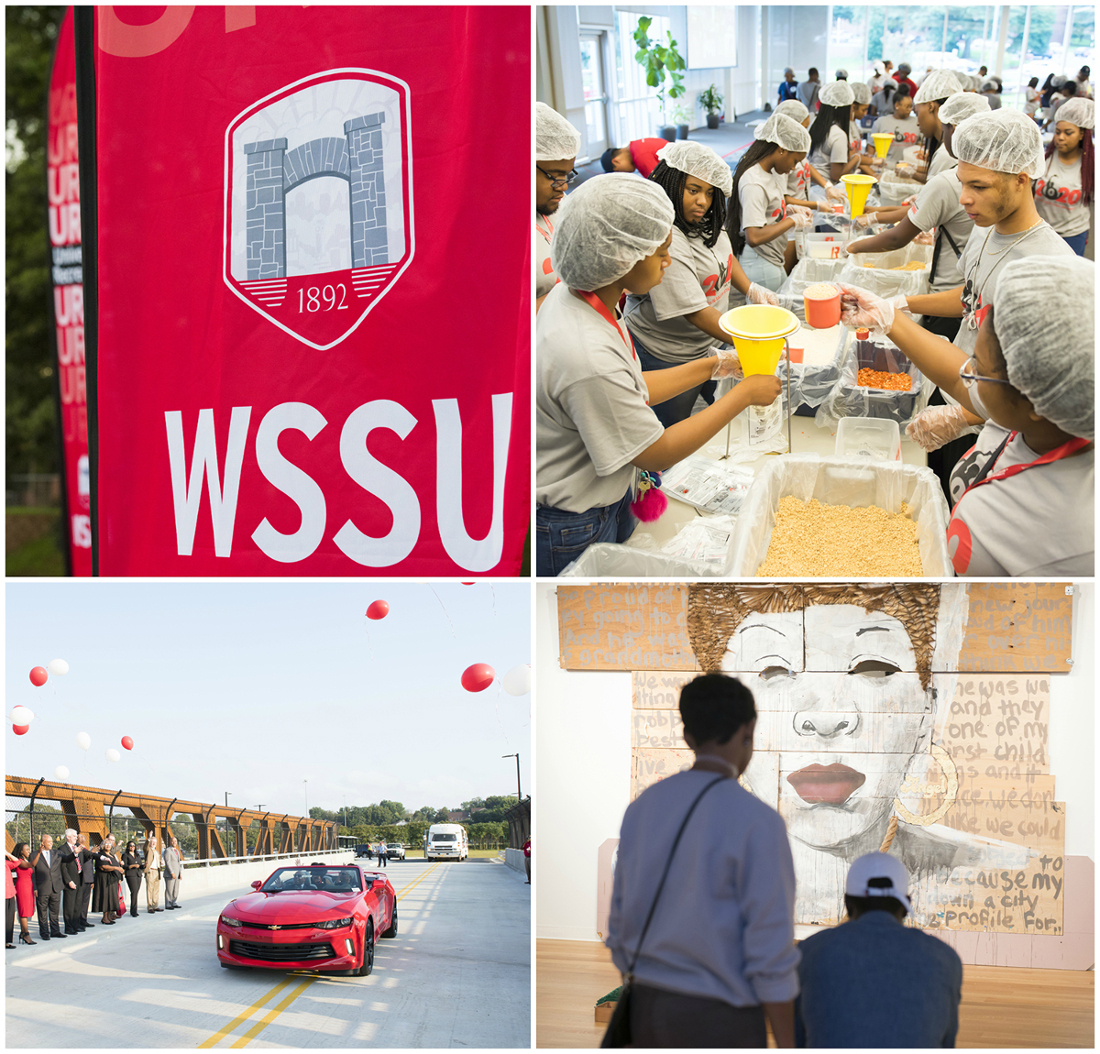 2016 was another year of change and achievement for Winston-Salem State University. Here’s a look at the top 10 news stories of 2016.

WSSU students and faculty continued the tradition of fine and performing arts at the university.

WSSU continued to focus on enhancing its campus. In August, the North Entry Bridge, access road and parking lot project was completed. The $3.4 million project, in addition to providing much needed parking, created a connector from facilities operations on Lowery Street to the main campus.

Also, during 2016, several long-planned projects moved closer to reality. In March, $50 million in funding was secured for a proposed sciences building when voters approved the Connect NC Bond. The award of the construction work is anticipated this spring. Also, design and bidding for a new residence hall was completed in late 2016, with demolition of Dillard Hall and relocation of underground utilities to start in January and construction expected to begin as early as March.

In August, Chancellor Elwood L. Robinson launched a new era with the unveiling of a new university logo. The new logo is rich with symbolism and reflects the university’s exciting vision for its future while paying homage to its legacy and history.

After months of planning, research and engagement with the entire university community, WSSU unveiled a new five-year strategic plan in January. The five-year plan has two board purposes: to advance the recent focus on the liberal arts to a more comprehensive liberal education approach and to build on the success of graduate and professional programs through key investments in signature areas.

The School of Health Sciences (SOHS) continued to excel with programs and graduates.

WSSU’s high-quality education continued to receive national recognition. Here is a sampling of some of the rankings WSSU received in 2016:

WSSU faculty continued to excel in research, attracting grants and with a number of grants and published studies. Grants and studies include:

In 2016, WSSU launched a number of initiatives aimed at helping students succeed. Here are just a few examples: