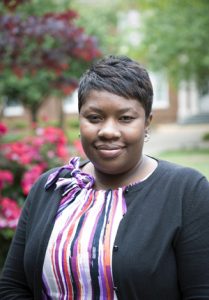 For the second consecutive year, Winston-Salem State University (WSSU) has set another record for Giving Tuesday, raising more than $48,000 in 24 hours.

This year’s campaign surpassed last year’s amount of $35,100 by 38.7 percent. The largest contributing group this year, by a wide margin, was Kappa Alpha Psi Fraternity, turning in $13,385.

Giving Tuesday, the daylong giving campaign on Nov. 29, is designed to harness the collective power of individuals, communities, and organizations to encourage philanthropy on a global scale.

“Just as our theme said, contributions were more than a gift,” said Regina Craven, WSSU’s Annual Fund interim director and Giving Tuesday coordinator. “We really want that to resonate with our donors. We sincerely thank everyone involved in making Giving Tuesday tremendous this year!”

This year’s Giving Tuesday, focused on “giving a little more,” with donors encouraged to give a little or a lot more.

“By supporting Giving Tuesday, our university family helped relieve some of the pressure that our current and future students often feel,” said Michelle Cook, WSSU vice chancellor for University Advancement. “Your gift to the campaign will have more of an impact than you can possibly imagine.”

All the money raised during Giving Tuesday will go directly toward the university’s General Scholarship Fund, Cook said.

More than 80 percent of students at WSSU are on some form of financial aid. Some of these students are the first in their families to attend college. For most, balancing the financial challenges of paying for college is constantly on their minds.