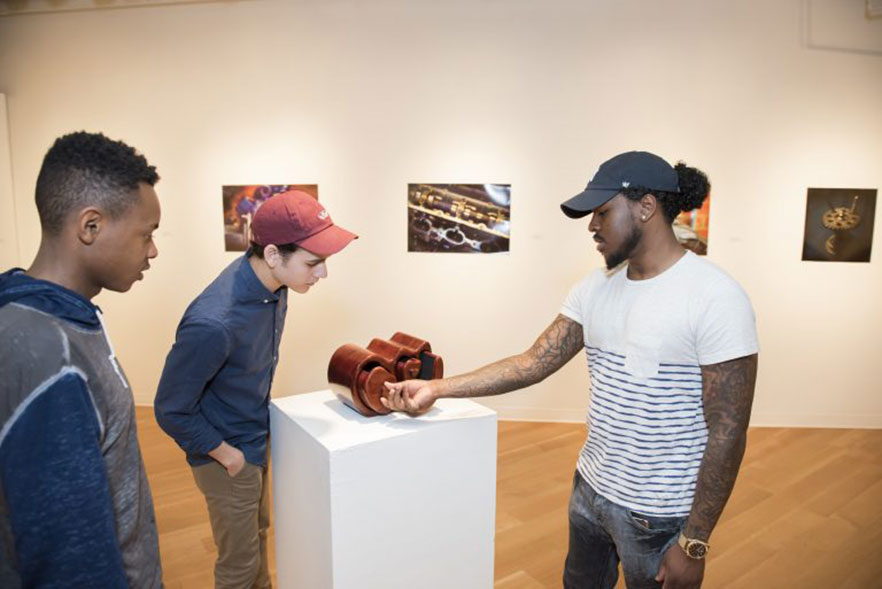 A unique exhibit is bringing graduating seniors from Winston-Salem State University (WSSU) and the University of North Carolina School of the Arts (UNCSA) together, and exposing them to new areas of art.

Pieces at the Diggs Gallery student exhibit, “Phantasmagoria: One World Between Our Worlds,” range from photography, paintings, sculpture and computer and graphic design by WSSU students, to set and costume designs from UNCSA students. This is the first time UNCSA students have displayed at WSSU’s Diggs Gallery. The idea came to fruition in January, with nine graduating seniors from the two universities – located less than two miles apart – meeting on both campuses to plan the exhibit.

“What’s interesting here is the opportunity to work with artists from different backgrounds in order to form a cohesive show,” he says. “It’s exciting to be able to put this in the public’s eye.”

He says each piece in the exhibit has elements of storytelling. Licout’s pieces include the stage designs from a UNCSA production of August Wilson’s “Joe Turner’s Come and Gone” and designs for a Stevens Center production of “Florencia en el Amazonas.”

“I kind of looked at it as a whole. We’re all artists putting a show together,” Richardson explains. 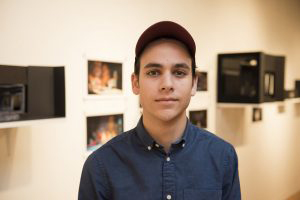