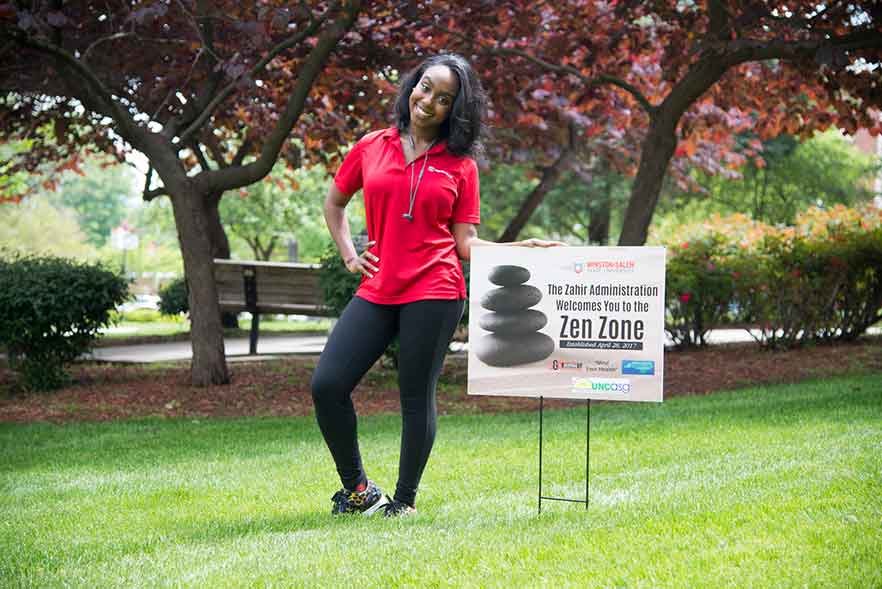 Winston-Salem State University (WSSU) students will soon have a new place on campus to relax and focus.

This summer, two triple hammocks will be installed in the historic lawn between Carolina and Blair halls, launching a student Zen Zone.

Student Government Association (SGA) launched the Zen Zone on April 28, student reading day. For the launch, yoga mats were brought out onto the lawn, and pooches from the Winston-Salem Dog Training Club were available to pet and walk. SGA leaders also served ice cream.

Student Government Association President Mona Zahir said the idea of a Zen Zone – a green place where students could relax and “be free of cultural norms and judgment” – fits closely with SGA’s motto this year of “Challenging the Existing.”

“SGA thought this backyard of Blair Hall was essentially the getaway to relax and focus more on individual care,” Zahir said. “One student in particular approached me and gave me the biggest hug sharing how much we needed this and that she will literally will be there every day during the summer.”

Zahir, who will graduate from WSSU in May, said the Zen Zone also has strong support from the University of North Carolina Association of Student Governments (UNC ASG) and its #StigmaFree campaign, which focuses on student mental health. Starting this summer, in addition to hammocks, students will be able to use their RamCard at Student Affairs to check out yoga mats and picnic blankets they can use in the Zen Zone.

“I trust the future SGAs to keep this as an ongoing initiative because the launch was just the foundation.”

SGA worked closely with WSSU’s Facilities Department to secure funding for the hammocks and the sand beds for the Zen Zone launch. 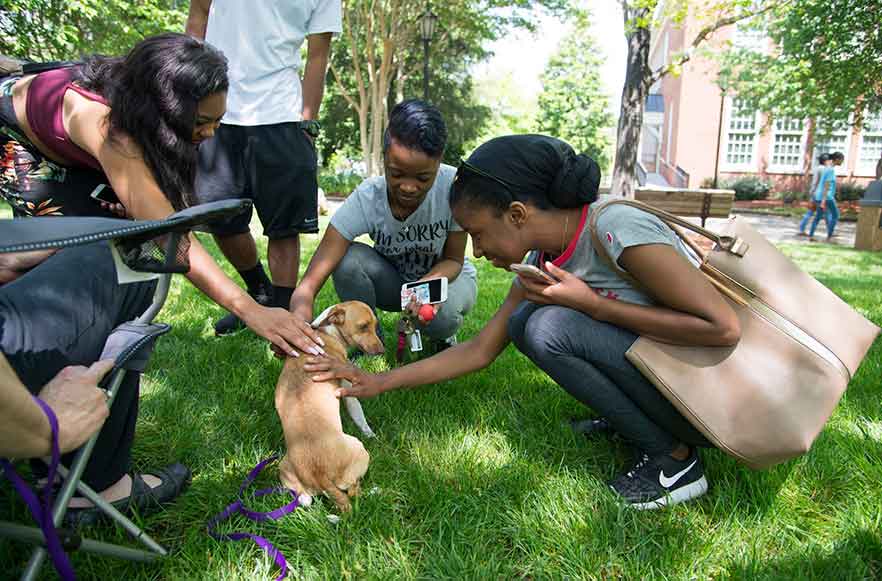 Pups from the Winston-Salem Dog Training Club were on hand for the launch of the Zen Zone.
Tags: Campus Life, Media