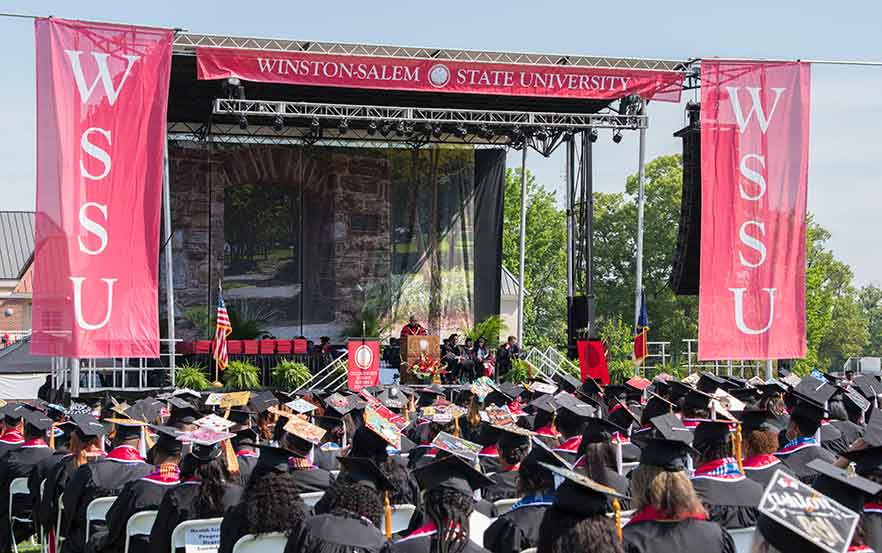 Among the Winston-Salem State University graduating class of 2017 are six WSSU employees.

More than 1,200 WSSU students earned their degrees during the 2016-17 academic year.