Brown is a familiar face at WSSU. From 2006-16, he served as assistant legal counsel, providing legal advice, drafting and negotiating contracts, reviewing and drafting policies, appearing at mediations, and advising on legal considerations related to students and employees. From 2009-2011, he also served as an adjunct instructor teaching health care law in the School of Health Sciences.

In August 2016, he was named interim chief legal counsel. In addition to his other duties, he was responsible for leading a team of legal professionals in reviewing the university’s policies and updating and streamlining departmental procedures. Additionally, he and his team created Winston-Salem Elite Lawyers in Training (W.E. LIT), an internship program for WSSU students interested in pursuing a career in law.

Previous to working at WSSU, Brown was a research assistant for the North Carolina General Assembly. He earned an associate degree from Craven Community College, a bachelor’s degree in English and communications from East Carolina University, a juris doctorate from the University of North Carolina School of Law, and a Master of Business Administration from WSSU. He is pursuing his doctor of education (Ed.D.) from the University of Nebraska-Lincoln.

“Mr. Brown is a highly accomplished and dedicated legal professional with a strong commitment to this university’s mission, vision and focus on student success,” said WSSU Chancellor Elwood L. Robinson. “I know he will continue to serve WSSU well.” 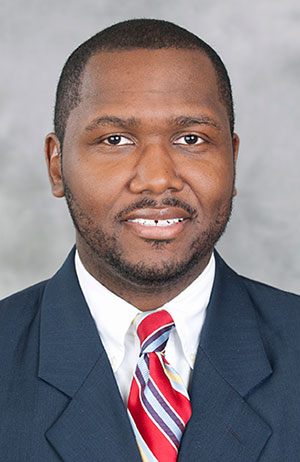