WSSU chancellor named one of Triad’s 'Most Admired CEOs’ 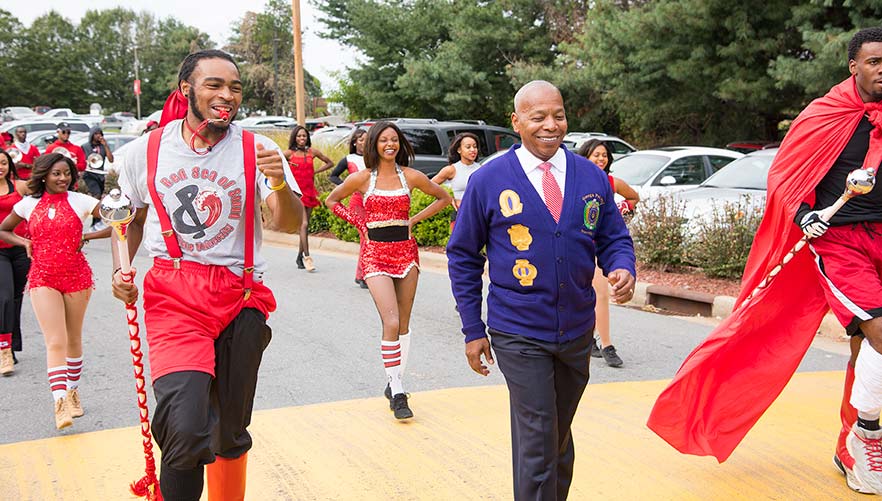 Winston-Salem State University (WSSU) Chancellor Elwood L. Robinson has been named one of the Triad’s Most Admired CEOs of 2017 by The Triad Business Journal.

Robinson will be honored at an event at the Greensboro Country Club in Greensboro on Thursday, July 27. He also will be featured in the newspaper's July 28 print edition.

“When Elwood Robinson returned to North Carolina in 2015, Winston-Salem was bustling with activity as it sought to cultivate an identify as an innovation and startup hub,” the article notes. “As chancellor of Winston-Salem State University, Robinson has sought to tap into that energy and bring it to campus.”

Nominees were chosen by a pool of judges based on their “outstanding performance in their roles as corporate and community leaders.” Robinson is one of 18 CEOs honored by the newspaper.

Read more about the honorees in The Triad Business Journal.