WSSU News will go behind the scenes during Homecoming week with a series of live videos.

The videos will start around 8 p.m. on Sunday, Oct. 22, with a live preview of the lighting of the Homecoming sign on Winston-Salem State University’s official Facebook page. Coverage will continue throughout the week, including:

Sydney Bowman, a junior mass communications student from Clinton, Maryland, will report live from events throughout the week for WSSU News.

“I am so excited about Homecoming,” Bowman said. “Everyone come out and let's show our Ram pride. You won't want to miss a minute of the fun and excitement.” 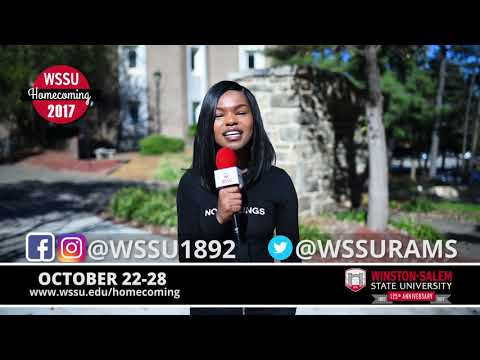