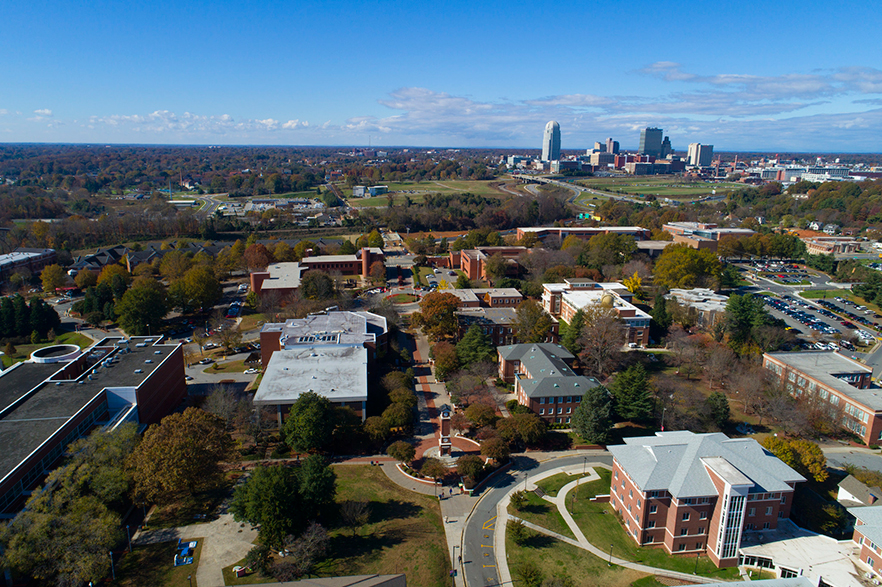 The study found that HBCUs generate a total annual economic impact of $14.8 billion.

Continually ranked among the top investments for college students, Winston-Salem State University (WSSU) is also a major economic engine in the local and regional economy. WSSU is responsible for pumping more than $233 million into the North Carolina economy, according to a national study commissioned by the United Negro College Fund (UNCF).

The study, the most far-reaching in 11 years, looked at the overall economic impact of 100 of the nation’s historically Black colleges and universities, including WSSU and nine other North Carolina institutions.

The study also found that:

“Winston-Salem State University is a valuable economic engine, not only locally but for the entire state of North Carolina,” said Elwood L. Robinson, WSSU chancellor. “The positive impact on our region extends far beyond the students we serve. We’re creating stronger communities and supporting the private sector by providing graduates with the critical thinking and analytical problem solving skills needed in today’s workplace.”

Overall, HBCUs generate a total annual economic impact of $14.8 billion, according to the study.

For North Carolina, the study found:

Conducted by the Selig Center for Economic Growth in the Terry College of Business at the University of Georgia, the study, titled “HBCUs Make America Strong: The Positive Impact of Historically Black Colleges and Universities,” looked at data from 2014. The impact was calculated by analyzing data from three areas:

For WSSU, graduates will earn 68 percent more than they could expect to earn without their college credential. This well exceeds the North Carolina (61 percent) and national HBCU averages (56 percent).

Robinson said this data reinforces the university’s recent designation as a Social Mobility Innovator — an accolade that reflects how the university propels its graduates up the economic ladder. More than 60 percent of WSSU students receive Pell grants; to be eligible, a student’s family must earn less than $50,000 a year. According to a 2014 study by the N.C. Department of Commerce, WSSU graduates had the highest salary of graduates of any other Triad university.

“WSSU graduates have the credentials and the in-demand job skills that the private sector is seeking, and employers are paying a premium,” Robinson said.

Dr. Zagros Madjd-Sadjadi, professor of economics at WSSU, said, based on previous studies he has overseen, WSSU’s economic impact is even higher.

“I would estimate it’s more in the range of $333 million to $400 million annually,” Madjd-Sadjadi said.

The majority of additional impact would be through alumni who live and work in the region, he said. According to 2016 data, more than 20,000 WSSU alumni live in North Carolina, and nearly 10,000 live in the 10-county Piedmont Triad region.

Madjad-Sadjadi added that it’s important to consider “the value added” to WSSU graduates and their families.

“Universities are investment vehicles in human capital. We are more than the spending of individuals,” he said. “A lot of students could not afford to go to school without WSSU down the road. WSSU provides an access point for those who may not have the opportunity otherwise to earn a college degree. Are we accomplishing our mission? Yes, we are.”

The total economic impact of HBCUs increased substantially since the last nationwide impact report in 2006.

UNCF president and CEO Dr. Michael L. Lomax said: “The study demonstrates conclusively that HBCUs are not only relevant to the country’s economic health and vigor, they are necessary.”

The study was first presented at an event in Washington, D.C., co-hosted by the Bipartisan Congressional HBCU Caucus. The full report is available at uncf.org/HBCUSMakeAmericaStrong.

For 125 years, Winston-Salem State University has fostered the creative thinking, analytical problem-solving, and depth of character needed to transform the world. Rooted in liberal education, WSSU’s curriculum prepares students to be thought leaders who have the skills and knowledge needed to develop innovative solutions to complex problems. WSSU is a historically Black constituent institution of the University of North Carolina with a rich tradition of contributing to the social, cultural, intellectual, and economic growth of North Carolina, the region and beyond. Guided by the motto, “Enter to Learn. Depart to Serve,” WSSU develops leaders who advance social justice by serving the world with compassion and commitment. Join us in celebrating our 125th anniversary with events throughout 2017. 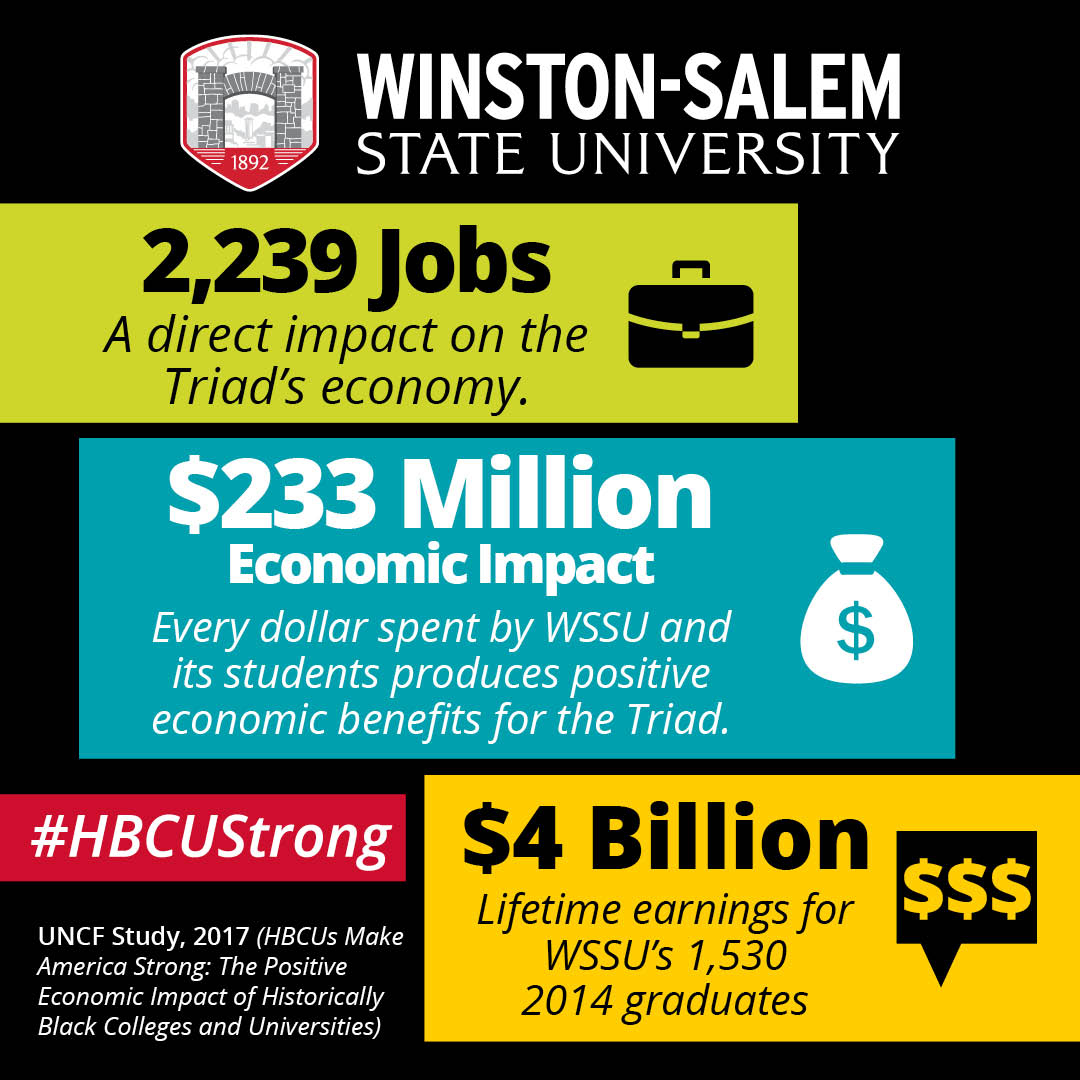