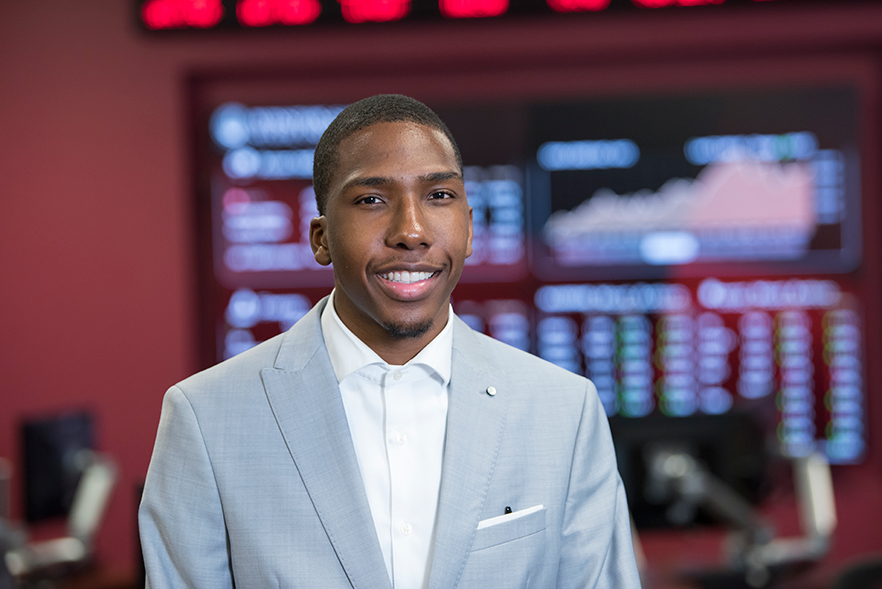 In 2017, the finance major completed a program at Harvard Business School, finished a summer internship at one of the nation's leading wealth managers, and managed an endowment fund that has outperformed many professionally-managed funds.

Edwards, originally from Capital Heights, Maryland, is on his way to his goal of running his own asset management company. His ultimate goal: to be the next Warren Buffett.

“Growing up, I would always check the Forbes 400 list, and every year Warren Buffett was at the top,” Edwards says. “Out of curiosity, I decided to look him up, what impressed me the most wasn't his monetary status but how humble and respected he was."

On campus, Edwards is president of Ram Asset Management, an investment fund managed by WSSU students. In 2017, the fund, valued at about $131,000, generated returns in line with the S&P 500.

He also was chosen as WSSU’s first intern for Abbot Downing in Minneapolis, part of a broader partnership between the Wells Fargo business and WSSU.

"My experience with Abbot Downing was phenomenal,” he says. “Every day, I was surrounded by intelligent and altruistic individuals who were passionate about their work. During my time there, I focused on learning as much as possible while also contributing to the team in a consistent manner.”

At Abbot Downing, he worked on projects, including account maintenance, calculating client internal rate of return for private capital, and gave a presentation on trend-following hedge funds. Along the way, he gained exposure to new asset classes and learned about Abbot Downing’s investment philosophy.

“We have been very impressed with Traron’s work,” says Kyle Jorgensen, Abbot Downing senior portfolio manager. “He clearly exhibits a rational and intellectually curious framework in his thought process. We hope this internship helps him continue to evolve as a well-rounded investor and thought leader.”

After transferring from Central Piedmont Community College in Charlotte in January 2016, Edwards says he found a supportive environment at WSSU.

"The people truly make WSSU a remarkable university,” he says. “We have professors and staff in various departments who truly want the best for us. For many students, this is the first time they've had someone support them in this way, I don't take that for granted."

He says he’s especially thankful to Don Wood, a business instructor and director of the Professional Development Center, who helped him with his application to Harvard Business Schools’ Summer Venture in Management Program (SVMP).

"From day one, he challenged me –  both in and out of the classroom – to always produce superior work,” he says.

For students who may be hesitant about pursuing an internship, Edwards advises: “I would encourage you to pursue areas you're passionate about. Many of our ancestors fought and could only dream about the opportunities many of us now have. We owe it to them and ourselves to unapologetically take full advantage of those opportunities. Be confident in your skills and know that you are enough. You don't have to be anyone but yourself, that's what makes you unique." 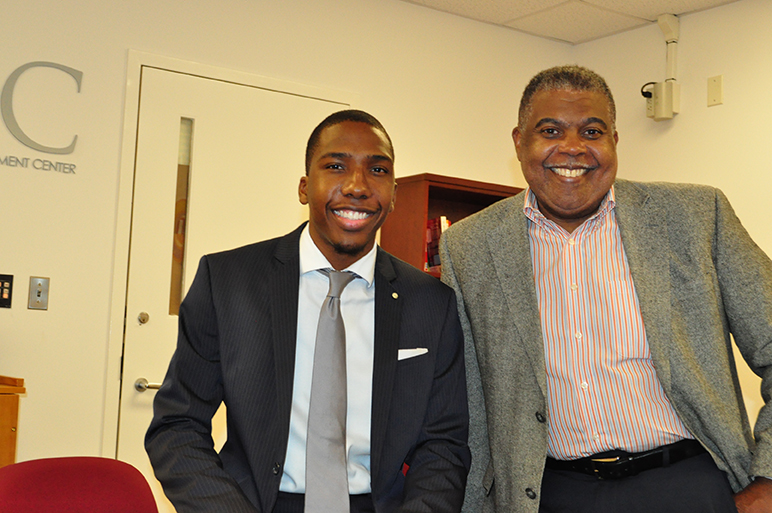