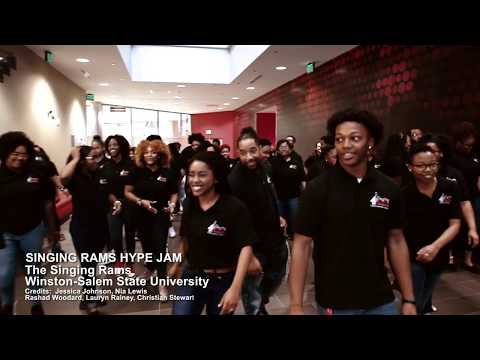 The People’s Telly was awarded as a result of an online vote that ran April 24-May 4.

“It is incredible to see Winston-Salem State University recognized with such a prestigious award and to have our work judged against a high standard of merit at a national level,” said Jaime Hunt, WSSU’s chief communications officer. “We look forward to continuing to create engaging, high-quality video content that tells the WSSU story.”

The 39th Annual Telly Awards were announced on Tuesday, May 22.

The Telly Awards showcases the best work created within television and across video, for all screens and “represent work from some of the most respected advertising agencies, television stations, production companies and publishers from around the world.” The Telly Awards received over 12,000 entries from all 50 states and five continents.

The awards are judged by members of the Telly Awards Judging Council, a group of over 200 working industry who have previously won the Telly Awards highest accolade and have demonstrable expertise in the categories they review.

The song – written by WSSU students Jessica Johnson, Nia Lewis, Rashad Woodard, Lauryn Rainey and Christian Stewart as a class assignment – serves as an introduction to The Singing Rams and focuses on social justice themes, a core part of WSSU’s Strategic Plan.

The Singing Rams are under the direction of Maestra D’Walla Simmons Burke, director of choral and vocal studies at WSSU.