WSSU a finalist for 7 HBCU Awards 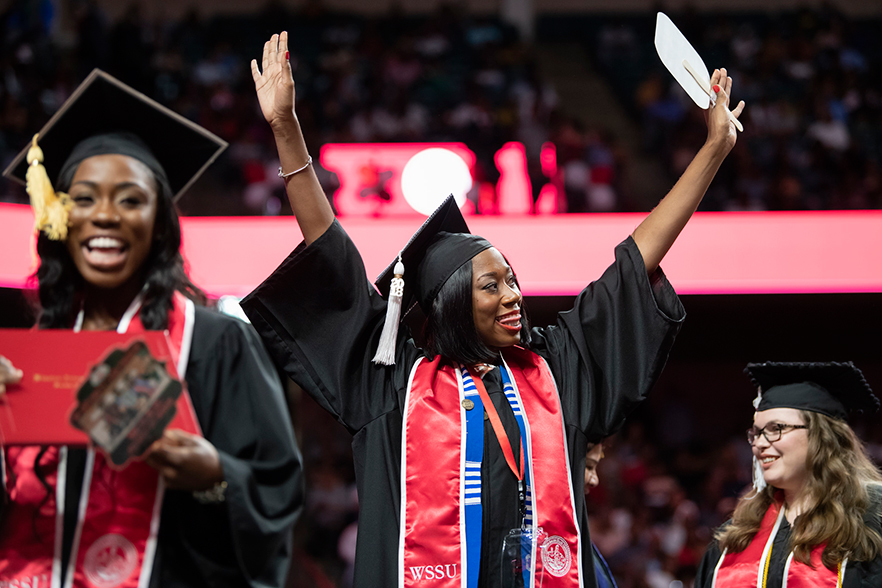 Christen Turner (center) celebrates on stage during the 2018 Commencement Ceremony at Lawrence Joel Veterans Memorial Coliseum on May 18.

Winston-Salem State University (WSSU) is a finalist for seven 2018 HBCU Awards, including two in the top categories for "HBCU of the Year" and "Male President of the Year."

The finalists were announced by HBCU Digest on Monday, May 21.

WSSU is a finalist in these seven categories:

According to HBCU Digest, The HBCU Awards is the first and only national awards ceremony honoring individual and institutional achievement at historically Black colleges and universities throughout the country. Winners are selected by a panel of previous winners, journalists, HBCU executives, students and alumni for the merit of accomplishment and for generating positive coverage for HBCU campus communities.

More than 700 nominations were received for this year’s nomination process, an event record.

The 2018 HBCU Awards will be announced in Baltimore on June 22.

North Carolina HBCUs led all states with 25 spots on the finalist ballot, the most ever for one state in the eight-year history of the gala.