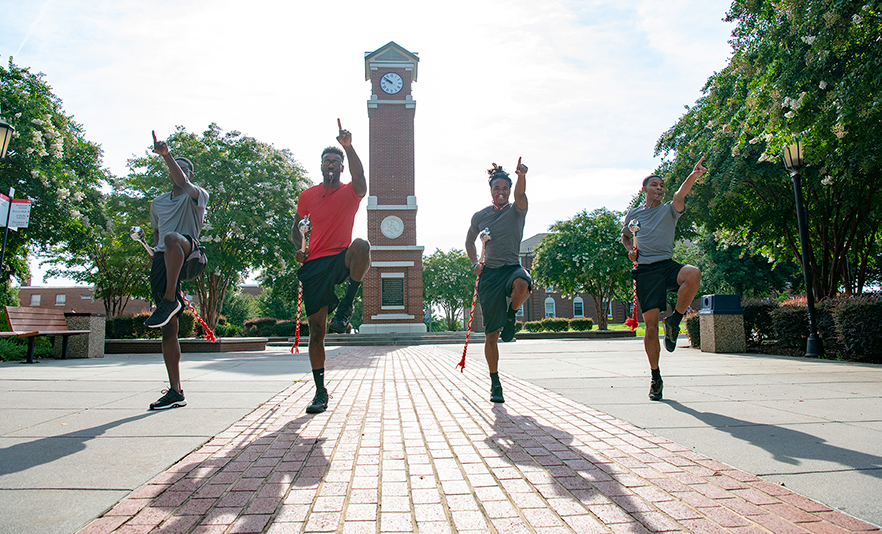 In May, Red Sea of Sound drum majors Brandon Burgess and TreQuan Holman created a Twitter storm with their walk across the stage at Winston-Salem State University's (WSSU) Commencement.

The viral clip of the two 2018 graduates was featured on TV stations nationwide, they were saluted on NBC's "Today" as "the viral stars of the week" and even Fox’s "Dish Nation" was talking about them.

Their graduation has left two openings on WSSU's marching band that won’t be easy to fill. However, the 2018-19 drum majors say they are ready to hit the field in the style that fans expect from WSSU’s band.

"It’s important not let the hype and pressure of the past drum majors get into our heads, and just doing the best we can," says Moore, in his third year with the RSOS. He also played mellophone in the Olympic High School marching band for four years.

For Sonkesak, a graduate of E.E. Smith High School, it's about "becoming the best drum major I can be while also continuing the tradition. It’s hard work, and takes a lot of mental strength.”

Clemons says he learned the fundamentals from Burgess and Holman.

"The most important thing is to generate excitement with our own spin on things," says Clemons, a graduate of Rockingham County High School.

Hughes, a graduate of Westover High School in Fayetteville, says it's about "keeping the thrill alive."

WSSU’s Red Sea of Sound's first performance on the field will be at Bowman Gray Stadium on Saturday, Sept. 1, with the Rams taking on the University of North Carolina at Pembroke.

The Red Sea of Sound, under the direction of Dr. Michael Magruder, has participated in the prestigious Honda Battle of the Bands six times. 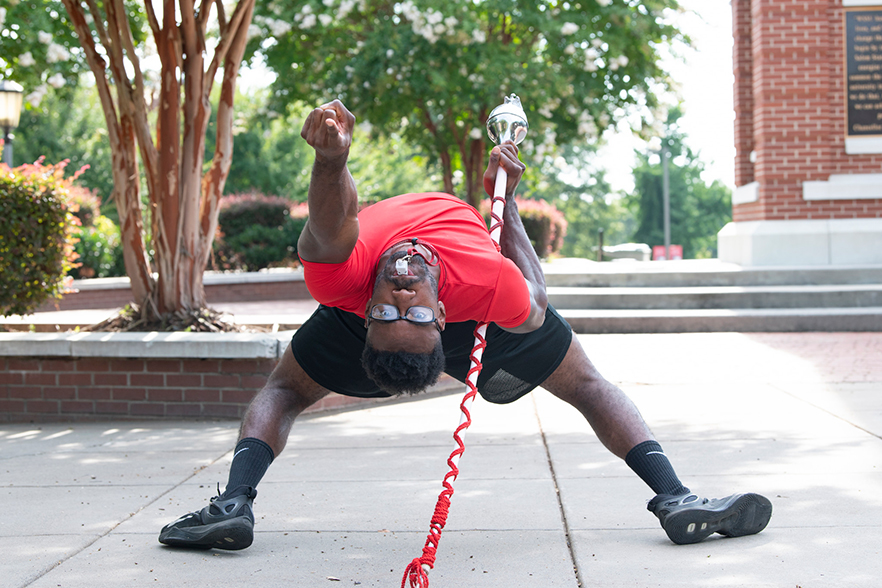