Between the parties, the big game and the parade, Homecoming 2018 at Winston-Salem State University (WSSU) had its share of big moments. As we close the book on this year’s event, WSSU News presents  six must-see moments.

The City of Winston-Salem also was celebrating Homecoming. For the first time since they opened in January, the Twin City Arches – a gateway into the city above U.S. 52 and Research Parkway – were lit in Ram red for the entire week.

In celebration of Homecoming, the Twin City Arches are lit up in red.

Although the numbers are still coming in, it’s clear alumni weren't just on campus to party: They came to give back. A big example of this is the Golden Rams Class of 1968, which presented a check to the WSSU Foundation for $143,000, and the class of 1964, which topped them with a gift of gave $196,000. 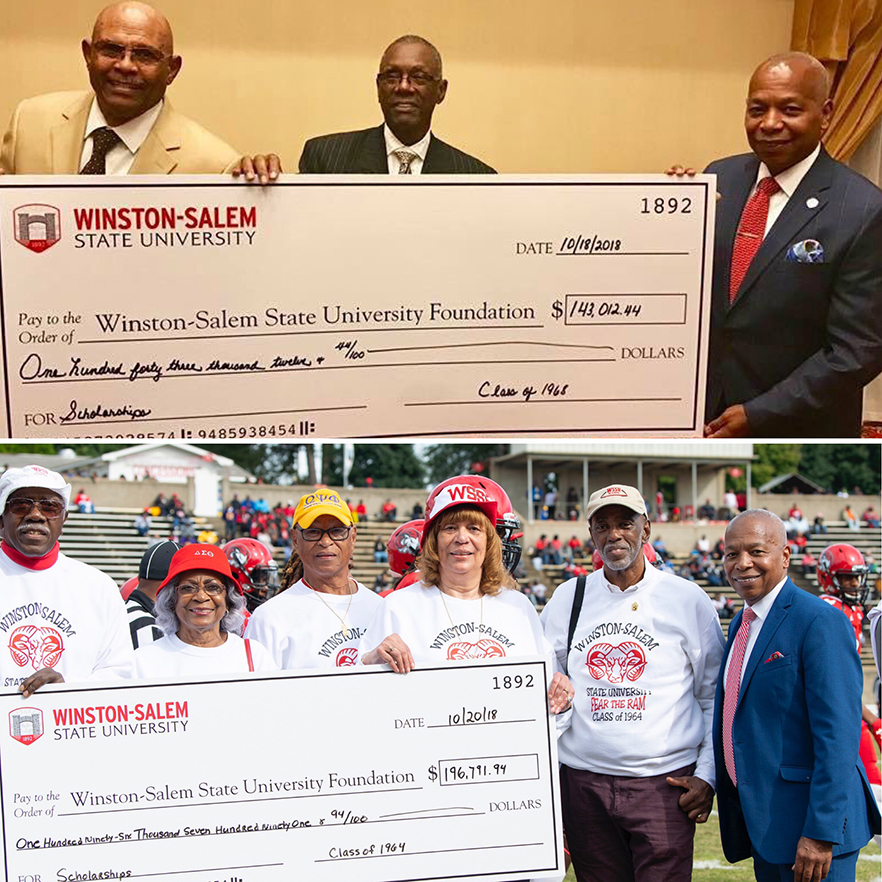 4. Ram love from one of the NBA's biggest stars

NBA superstar Chris Paul, a native of Winston-Salem whose parents are WSSU alumni, celebrated Homecoming Saturday on the West Coast. Paul arrived at the Staples Center for the much-anticipated regular-season home-opener for new Laker Lebron James in a red sweater with black WSSU lettering.

A photo of Paul first showed up Saturday on the NBA’s official Twitter. On Monday, Paul shared the photo to his 8.1 million followers on Instagram along a Ram emoji, #Tre4 and #HBCULove. 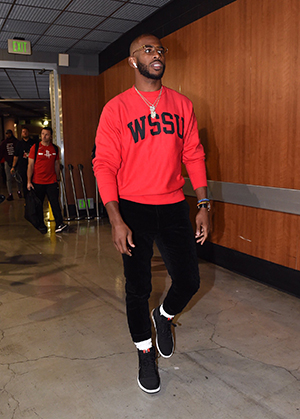 Immediately following the Founder’s Day Convocation, WSSU’s newest residence hall was officially dedicated at a ceremony attended by Chancellor Elwood L. Robinson, and Anthony and Jeff Covington, the sons of the late H. Douglas Covington, WSSU chancellor from 1977-84. During the ceremony a new sign was unveiled above the $24 million living/learning community for freshmen. 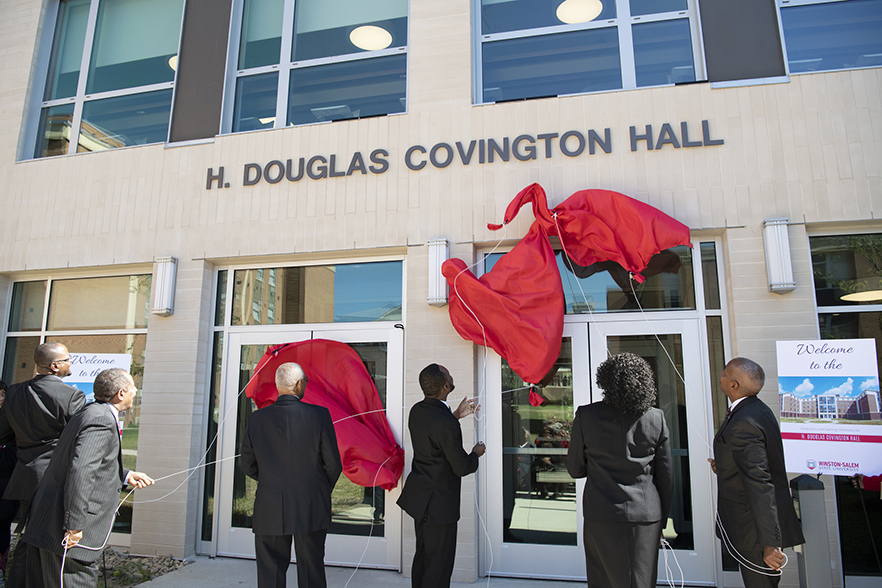 The H. Douglas Covington Hall sign is unveiled during the dedication ceremony on Oct. 19.

To kick off Homecoming, Muhammed Clemons, head drum major for the Red Sea of Sound, showed WXII-TV anchor DaVonte McKeith some of his moves during an in-studio appearance. Clemons and the other drum majors continued to make news later in the week with an article on 1A article of the Winston-Salem Journal. 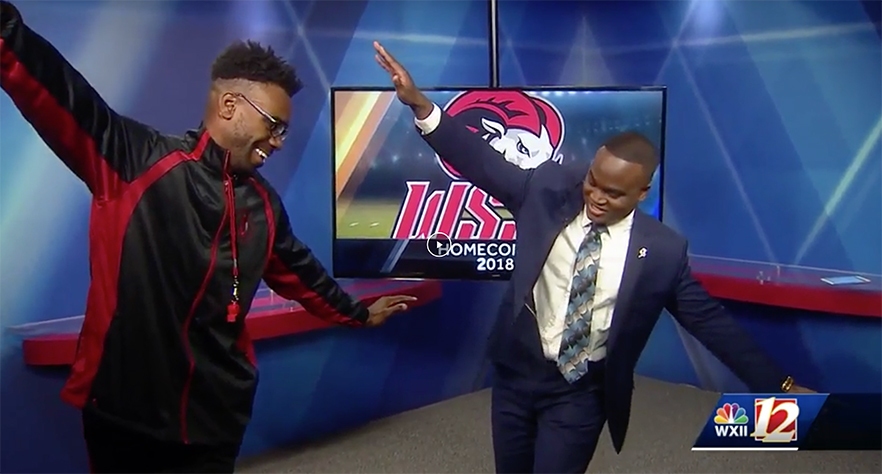 Muhammed Clemons, head drum major for the Red Sea of Sound, shows WXII anchor DaVonte McKeith some moves during an appearance in the studio on Oct. 15. (WXII12.com)

When the most honored queen in WSSU history got engaged, she had thousands of Ramily there to cheer and watch the moment live. Kyle Brown '16, the 2015-16 WSSU Student Government Association president, surprised Dontia Barrett '16, the 2015-16 Miss WSSU, during halftime of the Homecoming game. Orlando Mitchell, assistant director of student activities, and Chancellor Robinson were in on the surprise. Barrett said, “Yes.” 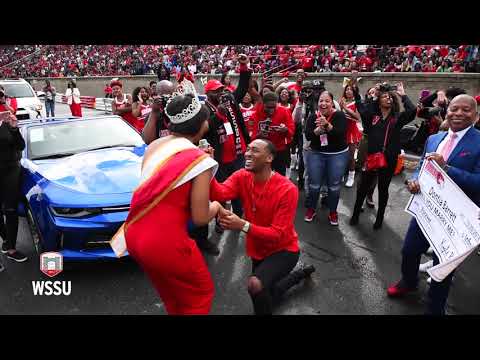 When it comes to skin-care products, Ajane Pridgen has always been a bit of a hobbyist, experimenting and making creams and lotions and hair-care products that worked well for her. Even during her four years at Winston-Salem State University, she found time to dabble in this diversion.