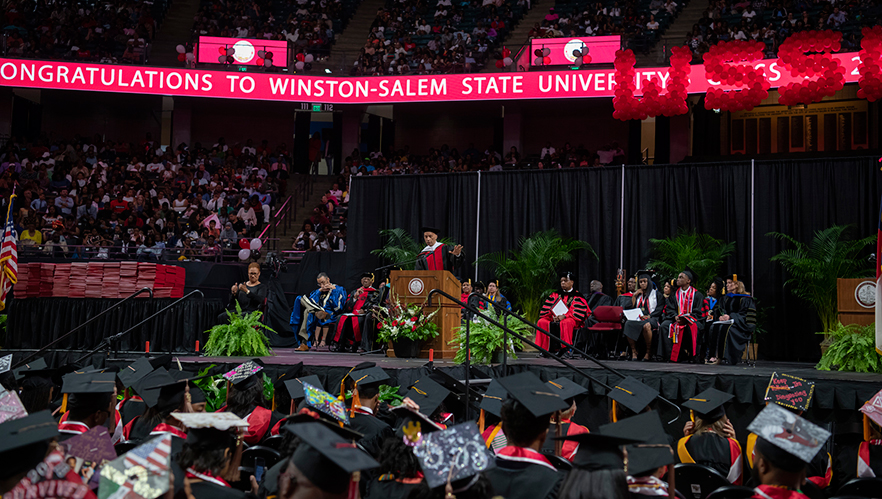 Winston-Salem State University (WSSU) again ranks among the top producers of bachelor’s degrees in the nation for African American students, according to new data from the publication Diverse: Issues in Higher Education.

For bachelor’s degrees awarded to African Americans, WSSU is no. 13 among Historically Black Colleges and Universities (HBCUs) and No. 45 among all universities, according to the magazine’s “Top 100 Producers of Bachelor’s Degrees” 2018 rankings.

WSSU ranks in the top 100 in the nation for bachelor’s degrees awarded in 24 categories, including these rankings for African American graduates:

The annual list is based on 2016-17 data collected by the U.S. Department of Education’s National Center for Education Statistics and published in the magazine’s Aug. 23 issue.

The full rankings are available on Diverse: Issues in Higher Education’s website.

WSSU’s elementary education program has been recognized as one of the best in the nation by the National Council on Teacher Quality.