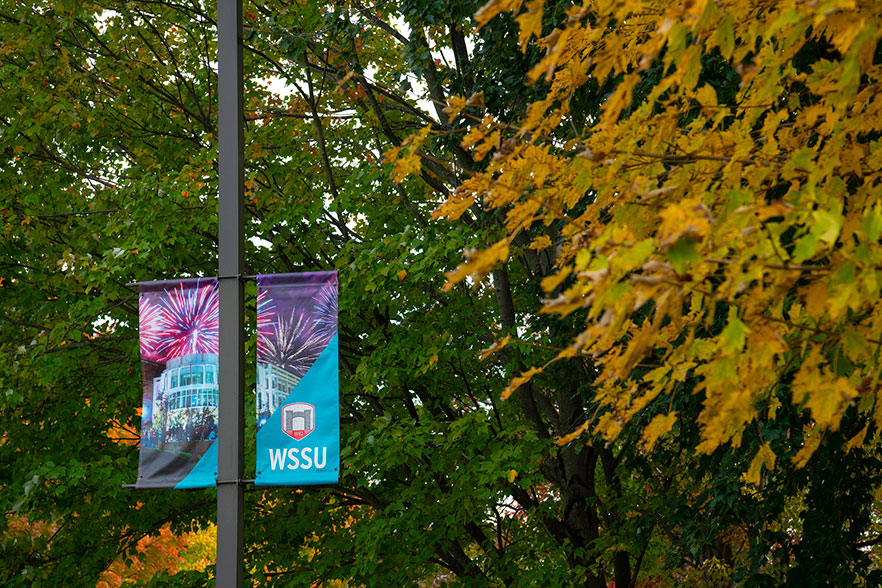 Stephanie Dance-Barnes, interim associate provost and dean of University College and Livelong Learning (UCaLL) and co-chair and associate professor of the Department of Biological Sciences, has been named to the Piedmont Triad Advisory Committee for the North Carolina Biotechnology Center.

Hayley Figueroa, assistant professor for exercise physiology, has been selected to participate in a Child Family Health International faculty development workshop, "Integrating Experiential Learning into Global Health and Public Health Programs," in Brunca, Costa Rica. More than 25 schools and universities will engage in a week of skills development, case studies and imbedded learning.

Robert Muhammad, director of the Office of Scholarships and Financial Aid, has been elected president-elect for the North Carolina Association of Student Financial Aid Administrators (NCASFAA), which provides training and professional development opportunities to the financial aid community, advocates on behalf of financial aid professionals, and strives to promote educational access and choice for students. He will assume the role of president on July 1. Muhammad has been a member of NCASFAA for 25 years and is past co-chair of the Diversity/Global Issues Committee. He has also presented at NCASFAA's New Aid Officer's and Intermediate Aid Officer's workshops and presented at various concurrent sessions.

Dominick D. Rolle, assistant professor of English, has received the 2018 Winston Under 40 Leadership Award from the Greater Winston-Salem Chamber of Commerce. He was recognized at the 2018 Leadership Awards reception on Oct. 4 at Forsyth Country Club.

Will Sheppard, assistant director of Housing and Residence Life, is a recipient of the 2018-19 Paul P. Fidler Research Grant through the National Resource Center for First-Year Experience and Students in Transition at the University of South Carolina. Through the grant, Shappard will collaborate with Brandy Bryson, an associate professor and director for the Center for Academic Excellence at Appalachian State University, on a research study on academic achievement for Black males at HBCUs.

Chris Wendt, instructor and lab manager for the Department of Physical Therapy, presented a study on the knee torques in female golfers (co-authors: Judy Foxworth and Lynn Millar) at the Eighth annual World Congress of Biomechanics Conference in Dublin, Ireland, July 8-12.

Tarina Whitfield, manager of web support services, was recently elected to a two-year term as communications officer for the University of North Carolina System Staff Assembly. The position is in addition to her role as WSSU Staff Senate Governance chair and WSSU’s delegate to the UNC Staff Assembly.

LaToya Wiley has been named director of Budget and Analysis in the Office of Budget and Finance. In this role, Wiley is responsible for preparing and managing the university’s operating budget. She began her career at WSSU in 2003, most recently serving as an accountant in Business and Auxiliary Services.

Madario Lampkins and Takeya Murrain, senior social work majors, won first place in the student paper/project competition at the Association for Applied and Clinical Sociology Conference, held Oct. 11-13 in Norfolk, Virginia. Lampkins, of Greensboro, and Murrain, of Kinston, presented “Use of Kirst-Ashman and Hull’s IMAGINE and PREPARE Models to Promote Student Advocacy at HBCUs.” They competed against bachelor’s and master’s level students and received a cash prize.

Nia Lewis and Christian Stewart, senior music majors, participated in the American Spirituals Intensive voice program at the Bay View Conservatory in Petoskey, Michigan, Aug. 9-17. They were two of 14 young artists chosen to participate in the program, directed by Dr. Everett McCorvey, director of opera at the University of Kentucky, artistic director of the National Chorale of New York, and conductor of the American Spiritual Ensemble. Both participated in private coaching and performed solo works with the 2018 Summer Bay View Conservatory Camp. Lewis is a senior music business major from Accokeek, Maryland, and Christian Stewart is senior music major (voice concentration) from Waldorf, Maryland. After hearing the Singing Rams perform in High Point with the American Spiritual Ensemble, McCorvey approached Maestra D’Walla Simmons-Burke about recommending her students to participate in the program.

WSSU's Office of Integrated Marketing Communications distributes the Kudos Report monthly as a platform for the university to celebrate and promote the many achievements, successes and contributions of the campus community. Submit a kudos announcement online.