Members from four different student-led dance troupes – Talent in Motion, A.R.T., Fusion Dance Team, and the African Student Union, all dressed in zombie attire – took over WSSU’s dining hall Wednesday to show off their dance skills and have a little fun for Halloween. 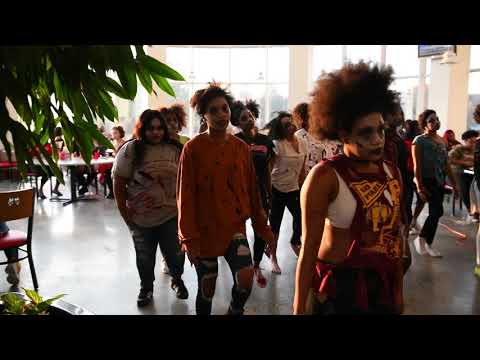 Chelii Broussard, program manager for student activities at WSSU, says this wasn’t the first time WSSU students have been surprised with a flash mob.

“We did this four years ago and decided to bring it back,” Broussard said. “I also wanted to see a collaboration between the dance teams on campus because we have so many. I thought it would be awesome to see them all come together and work on one project.” 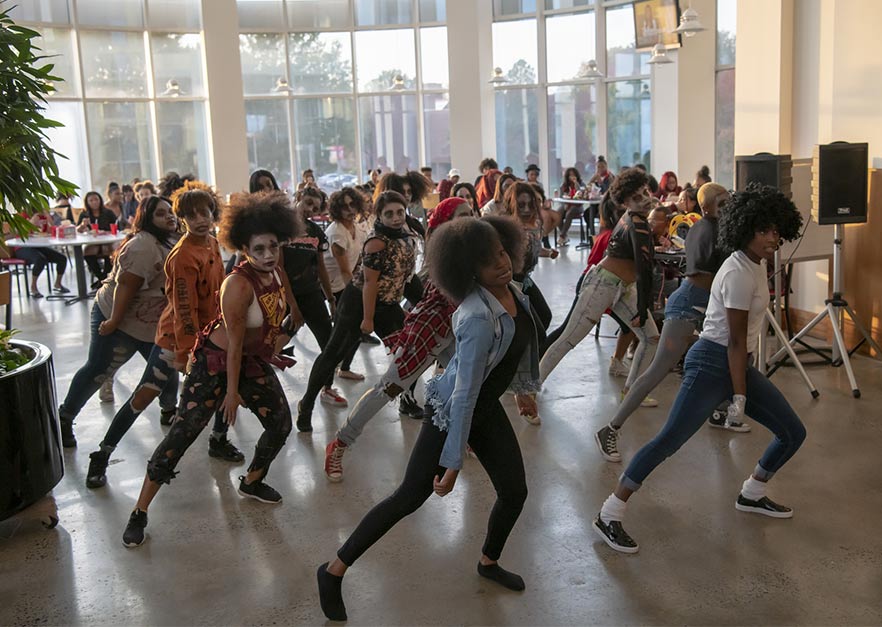 Broussard choreographed the routine and rehearsed it with students for a week prior to the Oct. 31 performance. There was also a buzz around campus that something exciting may happen.

“Students were so excited that I had to quiet them down so that when the music started they could hear it,” Broussard said. “Plus, Halloween fell on a Wednesday (‘Fried Chicken Wednesday’), and it helped to know that everybody was already going to be in one place.”

A video of the flash mob also caught the eye of Triad media, with coverage on WXII, WFMY and in the Winston-Salem Journal. 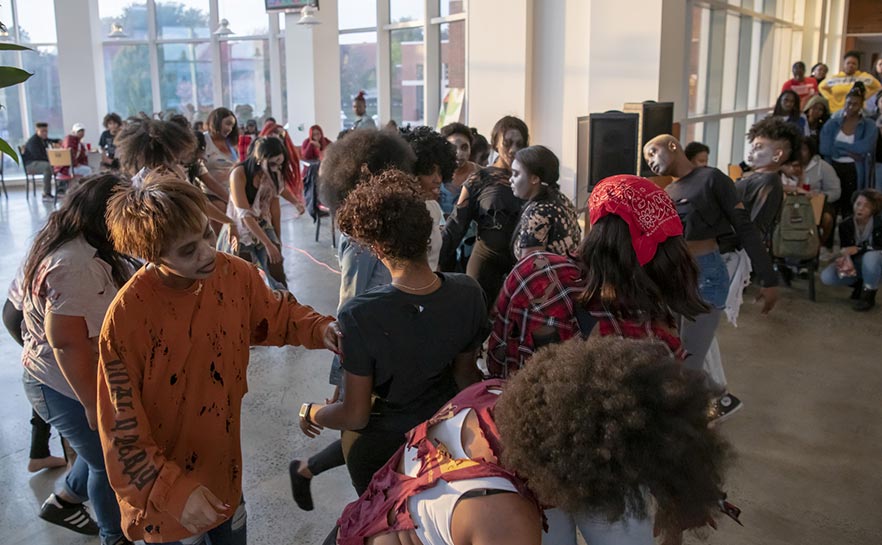