Video: You're invited to the WSSU Choirs Holiday Concert

The concert is annually one of WSSU’s biggest events. The Singing Rams – the Grammy-nominated WSSU Choir, the Burke Singers and the Singing Divas – will perform holiday favorites as they tell the story of the season.

The concert is themed “Mary's Song: A 'Spiritual' Time.” Admission is free. Donations will be accepted.

View the video promo below for a personal invitation and a preview of the concert. 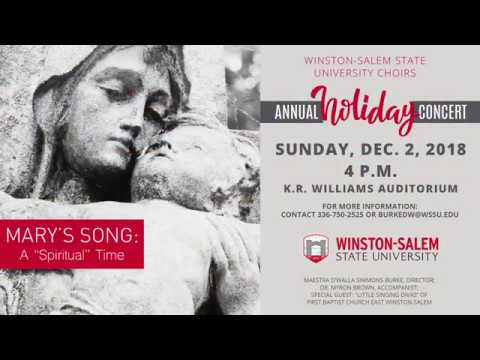